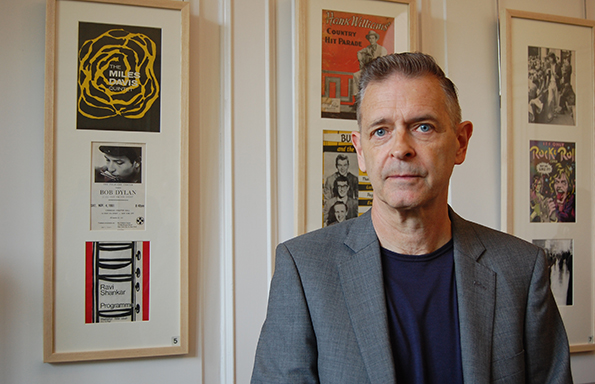 George Martin’s death is significant in the history of the Beatles because it marks the further passage of the Beatles into the past. The Beatles have been part of ‘history’ for a very long time. The premature deaths of John Lennon and George Harrison were unforeseeable, but George Martin’s passing indicates just how long ago the Beatles were a recording unit. And that perhaps is why he deserves the accolade ‘the Fifth Beatle’ – an accolade that, in the 1960s was given to their then manager Brian Epstein’. In both instances, the accolade is richly-deserved – without Brian Epstein the Beatles would have not won a recording contract, and without George Martin they would not have made records.

What the Beatles were before George Martin was the best group in Liverpool, what they became with him was the greatest popular cultural phenomenon of the 20th Century. Why? Because what George Martin was able to give to three very talented song-writers was the sounds they heard in their imaginations.

”What the Beatles were before George Martin was the best group in Liverpool, what they became with him was the greatest popular cultural phenomenon of the 20th Century”

As the Beatles success exposed to them to wider and wider cultural influences, their collective imagination expanded exponentially, and George Martin was always there to meet their increasingly elaborate needs – from string arrangements for Paul McCartney to a soundtrack for a 19th Century fairground poster for John Lennon to Indian musicians for George Harrison.

In 1966, the Beatles stopped touring. Even before this, they had spent several months in the studio making Revolver. On Revolver the extent of George Martin’s centrality as recording midwife to the Beatles becomes fully-evident, notably in terms of multi-track recording and the use of various forms tape-effects – including but not limited to automatic double tracking (ADT), vari-speeding and backward recording. Even before this, his classical training had been instrumental to the recording of Yesterday with a string quartet. In these ways, George Martin created a template that would dominate popular music from then onwards.

George Martin helped to transform the Beatles from a great live band into ‘recording artists’. They became recording artists, because with his input and guidance, the group switched from releasing singles to making albums; albums that were distinctive because they took full advantage of multi-tracking. Abbey Road helped to pioneer eight-track recording (by synching two four-track machines together). And he and his engineers pushed the envelope of sound recording in as many different directions as they could muster. Today we take complex recordings for granted, but it was inside Abbey Road and within the relationship engendered by George Martin with four young men from Liverpool that the recorded sound of popular music took its fullest shape.

”Today we take complex recordings for granted, but it was inside Abbey Road and within the relationship engendered by George Martin with four young men from Liverpool that the recorded sound of popular music took its fullest shape”

Ironically, EMI (his then employers) did not see it quite this way, they were content to retain him as a ‘staff producer’ (as if the Beatles were simply just another job!) until Sir George made the decision to create his own production company and hire his services to EMI. This then led to the creation of his own recording studio, AIR (associated Independent Recording) in 1965.

For these collected reasons, George Martin’s name will remain synonymous with the Beatles. The affection the Beatles had for George Martin is evident in all published accounts of the time they spent making records together. Equally, his respect for them, and fascination by them, is evident in the many interviews conducted with Sir George. What we now have to dig for is the potential for a very strong clash of cultures on their first meeting and in their first few months of working together. George Martin’s back ground was substantially removed from that of the Beatles – he the classically-trained public schoolboy and ex-RAF officer, they the motley collection of (mostly) grammar school boys from a provincial city. It is to his credit that he put them at ease and saw their (potential) worth from the outset; it is to their credit that they realised from the outset that that, while he was an insightful mentor, his true value lay in his ability to realise the sound they wanted to make. As those sounds became richer and more complex, George Martin rose to every challenge.

Sir George remained an active producer for many years after the Beatles ceased to exist as a unit. Paul McCartney continued to favour him as producer into the 1980s and he was involved, with his son Giles in the production of the Love album that underpins the Cirque du Soleil show of the same name. 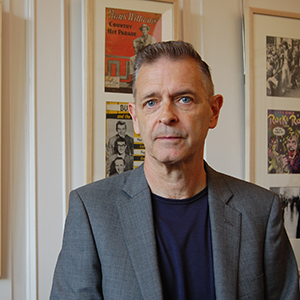