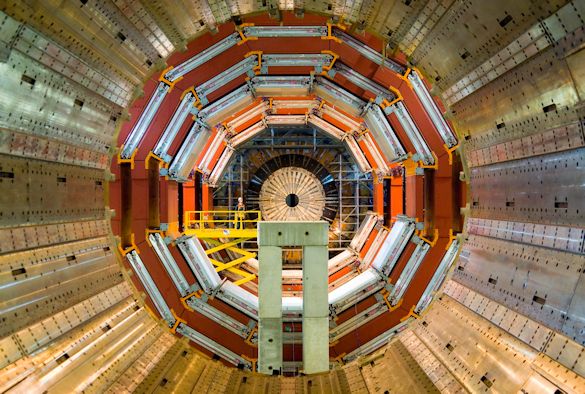 The University of Liverpool is supporting an innovative collaboration between CERN and the Liverpool-based media arts centre, FACT (Foundation for Art and Creative Technology).

CERN is partnering with FACT through the COLLIDE International Award which will provide support for an artist to spend two months at CERN in Geneva, followed by a month stay at FACT.

A call for artists to apply to this fully-funded residency has just been issued and the deadline for applications is 23 May 2016. Further details about the application and guidelines can be found at: http://arts.web.cern.ch/

The winner of the COLLIDE International Award will be announced at the end of June 2016. It is anticipated that once installed, the artist in residence will open communications and explore collaborations with scientists and academics at the University.

Tara Shears, Professor of Particle Physics at the University who is part of the COLLIDE judging panel, said: “As scientists, we spend much of our time translating equations and laws into pictures and understanding.

“Artists work differently, but their visualisations of ideas can be compelling, instant and give you that fleeting insight that’s a step to understanding. We’re really excited to see what happens when science and art coincide during the COLLIDE International award.”

Monica Bello, Head of CERN’s arts programme Arts@CERN, said: “Our desire is to connect the worlds of leading scientists with international artists through ‘creative collisions’, encouraging both fields to inspire and challenge each other, and pushing the boundaries of their traditional roles and methodologies.”

FACT’s Director Professor Mike Stubbs added: “At the nexus of art, science and technology, FACT is delighted to be the Arts partner to CERN for its major international residency programme, COLLIDE. Encouraging curiosity is central to our agenda, and introducing the public to experimental and open-minded artists is an amazing way to inspire creativity both within science and arts.”

Particle Physicists from the University have played a major role in all of CERN’s collaborative experiments leading analyses as diverse as Higgs studies, how matter and antimatter differ and what dark matter might be composed of. Currently about 50 Liverpool scientists and engineers are involved in particle physics research programmes with CERN.