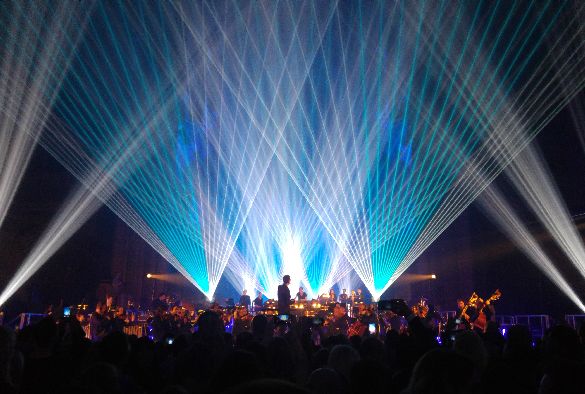 School of the Arts student, Dean Lockley, explores the unusual mix of classical and dance music at the Liverpool Philharmonic Hall’s Cream Classics.

‘Cream Classics’, performed by the Royal Liverpool Philharmonic Orchestra, is an intriguing match between classical and dance music, which has worked well in the past with songs such as ‘Adagio for Strings’, demonstrating how the two genres can complement each other.

After a promising opener with ‘Le Voie Le Soleil’ and the audience in good form, the songs became more obscure, which was surprising considering the ‘classics’ theme, but this is not to discredit the orchestra, as they performed with great energy and spirit.

Their representation of dance music was faithful and brought an extra element to the original tracks. The performance of ‘The Man with the Red Face,’ was a particular highlight, with the emphasis on the brass section and the main and backing vocals played true to the original performances.

The set design was also cleverly thought through, with the stage lights extending throughout the grand Anglican Cathedral, creating an impressive and atmospheric visual environment.

Although the performance was perhaps too sophisticated for the student nightclub scene, the price of a ticket also included an after party and, with time, these events could bring a fresh new audience to classical musical.