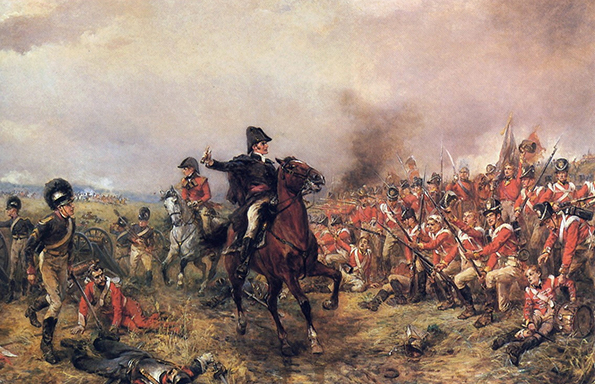 It was always inevitable that history was going to take its place in the European debate: not only do historians have a duty to reach out beyond the ivory tower and engage with and inform public debate, but the last three centuries are replete with examples that can be drawn upon to fuel the debates of today.

References to the past have cropped up on many occasions during the EU referendum campaign, with both sides accusing the other of using and abusing historical examples to suit their own purposes. Most recently, the former mayor of London and Vote Leave campaigner Boris Johnson caused outrage by seemingly comparing the European Union of today with the failed projects of Napoleon and Hitler.

I will not stoop so low as to suggest that Johnson seriously believes there is any direct comparison between EU Brussels, Napoleonic Paris or Hitlerite Berlin. That said, given that many of the electorate have a limited understanding of historical events, to utter the words “Hitler” and “European Union” in the same breath is, to put it mildly, both dishonest and dangerously demagogic.

Imposed from the centre

Let us set moral outrage aside and consider the facts of the case. Johnson is not the first to point out that the European Union is but the latest is a long series of proposals to unite Europe in a single political entity.

Yet, whenever this has actually been attempted in the past, it has been done by force: a single hegemonic power has sought to impose its will on the rest of the continent by right of conquest. As for the nature of the policies that they created, these are all too clear: Hitler’s “New Order” brought murder and horror to Europe. In the end, Napoleon’s Europe was nothing but a colonial empire established in the French near-abroad, an “uncommon market” in which French manufacturers were privileged at the expense of everyone else.

These examples were indeed in all probability doomed to fail because in the end, success impelled Napoleon and Hitler alike to forget that war, like politics, is the art of the possible.

But there is a crucial difference: the European Union is founded on democratic will and in principle treats its members on the basis of equality, while the Napoleonic and Hitlerite empires were imposed from above and subjected to varying levels of control from the centre.

Herein, of course, lays the rub: in 1814 and 1945, Napoleon and Hitler’s projects at a sort of European union bit the dust, but that does not mean that the current project will inevitably meet the same fate.

That the EU is imperfect is certainly true. It is in urgent need of reform, but its catastrophic failure is not something that I would bet on.

What Brexit will mean, then, may not be the British sailing on the serene seas of the North Atlantic in company with the good ship, USA, but, rather the British sitting marooned on a desert island while the good ship Europe disappears over the horizon.

To put it another way, leave the European Union by all means, but do not imagine that the European Union is going to disappear. Warts and all, it is likely to be around for a very long time, and that means that Britain needs a way to influence what goes on inside it.

By all means let us talk history, but let us talk sense too. For all the importance of NATO and the US, and for all the military and diplomatic deficiencies of the European Union in its current form, remaining in is infinitely preferable to risking secession. 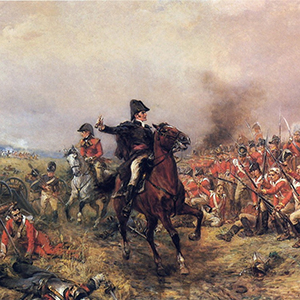