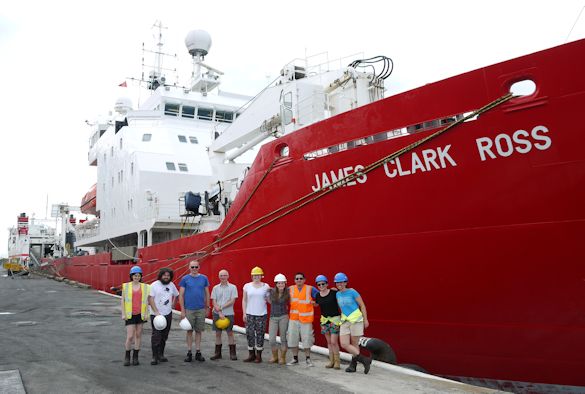 A team of ocean scientists from the School of Environmental Sciences have set off on a trans-Atlantic research expedition where they will be investigating the physics of ocean tides as they flow against the mid-Atlantic ridge, and the resulting flux of nutrients mixed upward from the deep ocean towards the sea surface.

These nutrients are vital for the growth of microscopic marine plants in the surface ocean (the phytoplankton) and the team hope to answer a long-standing conundrum concerning where the phytoplankton in the open ocean get their nutrients from.

The growth of phytoplankton is an important part of the removal of carbon from the atmosphere, and so the regulation of Earth’s climate.

The expedition is aboard the British Antarctic Survey’s RRS James Clark Ross, using the ship’s return leg from spending summer in the Antarctic.

The University of Liverpool team, led by Professor Jonathan Sharples, joined the ship in Port of Spain, Trinidad, and will be spending 46 days at sea. Most of that time will be spent surveying the ocean physics and biochemistry and collecting water samples over the mid-Atlantic ridge south of the Azores, with the expedition finishing in the UK in early July.

They will also be retrieving instruments that were left on top of the ridge last September, and which have been recording data on currents and nutrients. If all goes to plan, the researchers hope to be able to show that ridges and seamounts in the deep ocean have an important effect on the biology of the surface ocean which will have implications globally.

Professor Sharples said:  “This will be a long, and challenging research expedition – but if everything works we should see some really novel results showing how the physics and biology of the open ocean operate and how they may affect our climate”.

The NERC-funded project is led by the University of Liverpool, with collaborators from the National Oceanography Centre and the Universities of Bangor and Southampton.

You can watch their progress on a couple of blogs that the team are contributing to: 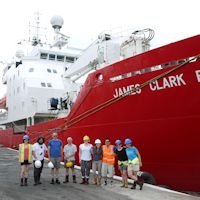