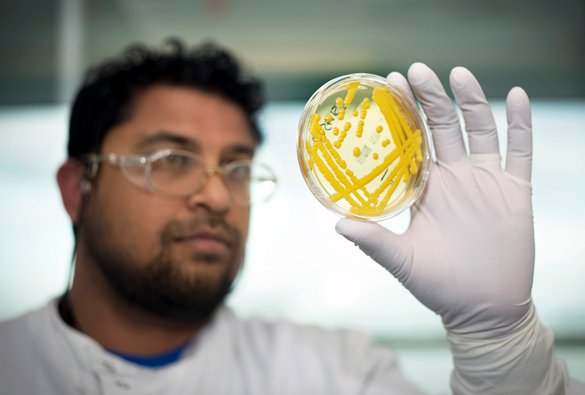 The 2016 Centre for Science and Technology Studies (CWTS) Leiden Ranking has placed the University 54th in the world for the proportion of its publications involving collaboration.

CWTS analyses the impact of research and scale of collaborations.  The 2016 ranking included 842 institutions across the world. The rankings reflect a University’s extensive international activity and reach of its research.

68.8% of the University’s publications in 2011-2014 involved international co-authorship.  The University’s ranking was also 54th when assessing long-distance collaboration with institutions more than >5000km away – the 3rd highest in the UK.

The top of the table was dominated by US institutions but the University of Toronto, and Universities of Oxford, Cambridge and UCL were also in the top 10 for number of publications in the top 1%.  Other nations continue to grow their research activity at a faster rate than the UK and the quality is also improving.  Many nations, including China, South Korea and Singapore have more than doubled the number of research outputs in the top 1% between 2006-2009 and 2011-2014.

Broad subject categories can also be analysed, and the University had a strong performance in Biomedical and Health Sciences, Physical Sciences and Life and Earth Sciences.

The University’s Head of International Development, Christine Bateman said: “The University of Liverpool’s performance in the rankings is very promising, reflecting the strong collaborations that we have worldwide.  In addition to raising our profile, collaboration brings many other benefits including sharing knowledge and pooling resources to tackle issues of global relevance.

“Through the UK Government’s increased investment in the Global Challenge Research Fund and Newton Innovation Fund, we expect that our international collaborations will continue to grow and thrive.”

The full ranking system is available at: http://www.leidenranking.com/ranking/2016/list.