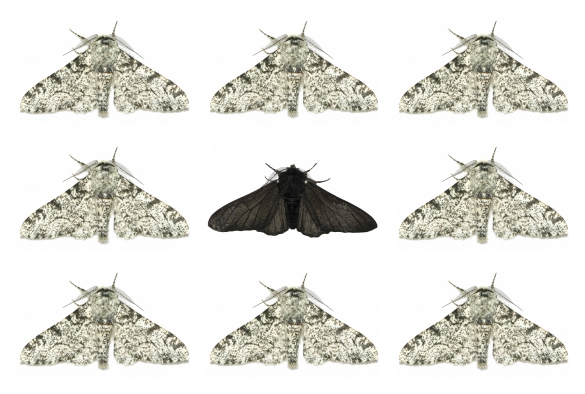 Researchers from the University of Liverpool have identified and dated the genetic mutation that gave rise to the black form of the peppered moth, which spread rapidly during Britain’s Industrial Revolution.

The new findings solve a crucial missing piece of the puzzle in this iconic textbook example of evolution by natural selection.

The typical form of the peppered moth has light-coloured wings. However, during the industrial revolution the dark form displaced the lighter form by blending in with the sooty bark on urban trees and avoiding predation.

In a new paper published in Nature, scientists have discovered that a ‘jumping gene’ mutation was responsible for this dark variant. Using statistical modelling, this mutation has been independently dated to around 1819, which is consistent with the historical record.

Jumping genes, more formally known as transposable elements (TEs), are mobile segments of DNA that can change their position within a genome and alter the expression of other genes. Using fine-scale linkage and association mapping combined with next-generation DNA sequencing, the team established that a large transposable element, inserted within the moth’s cortex gene, was responsible for the colour change.

Dr Ilik Saccheri, from the University’s Institute of Integrative Biology, who led the research, said: “This discovery fills a fundamental gap in the peppered moth story. The fact that this famous mutant is caused by a transposable element will hopefully attract more interest in the impact of mobile DNA on fitness and the generation of novel phenotypes.”

The first documented sighting of a black peppered moth is from Manchester in northern England, in 1848. However, it could have existed undetected in the moth population at very low frequency for many years earlier.

To independently estimate when the mutation happened, the team used a simulation-based statistical ‘time machine’ to infer the number of generations needed to arrive at the observed pattern of variation in the DNA sequence flanking the transposable element.

Dr Pascal Campagne, who worked on the study, said: “Our best estimate of 1819 shows that the mutation event occurred during the industrial revolution and that it took around 30 years for it to become common enough to be noticed.”

A parallel paper in the same journal by researchers from the Universities of Cambridge and Sheffield reveals that the same cortex gene also enables tropical butterflies to mimic each other’s bright and colourful patterning.

Dr Saccheri commented: “This is highly unexpected, both because the butterfly and moth polymorphisms appear very different to the eye, and the species are separated by over 100 million years. What this suggests is that the cortex gene is central to generating pattern diversity across the Lepidoptera, and more generally that adaptive evolution often relies on a conserved toolkit of developmental switches.”

The study ‘The Industrial melanism mutation in British peppered moths is a transposable element’ was supported by the Natural Environment Research Council (NERC) and is published in the June 2 issue of Nature [doi:10.1038/nature17951]. 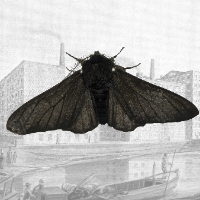