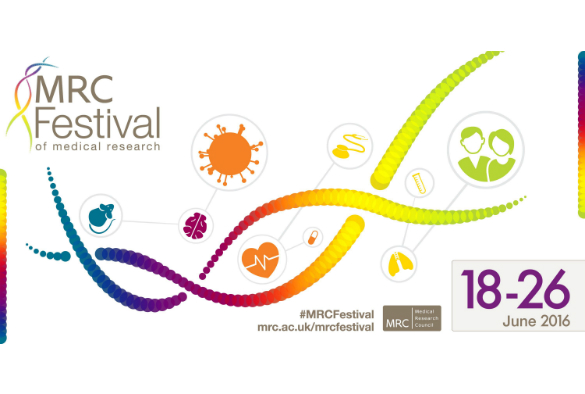 A public lecture by award winning author and broadcaster Vivienne Parry, the chance to explore a scientific laboratory that looks like just like a pub, and a day of family-friendly science activities are just some of the highlights on offer from the University of Liverpool as part of a national science festival later this month.

A large amount of the University’s medical research is supported by the Medical Research Council (MRC) and the public will have the opportunity to learn more about this work as part of the first MRC Festival of Medical Research, which takes place from 18 – 26 June 2016.

The festival kicks off on Saturday, 18 June with a ‘Meet the Scientists’ event at World Museum Liverpool, which will feature an array of interactive family-friendly activities about the marvels of modern medical research.

Headlining the festival on Wednesday, 22 June is science writer and BBC Radio 4 broadcaster Vivienne Parry who will present a lecture on the 100,000 Genomes Project, an ambitious initiative to sequence 100,000 genomes from around 70,000 NHS patients to tackle the genetic causes of cancer and rare diseases.

A number of the university’s laboratories are also opening their doors with a series of public tours across the week. Tours on offer include the MRC Centre for Drug Safety Science, the Wolfson Centre for Personalised Medicine and the Liverpool Bar Lab, which has the appearance of a pub and is used for research into drinking behaviour.

Professor Sir Munir Pirmohamed, Director of the University’s MRC Centre for Drug Safety Science, said: “Great progress has been made in the area of medicine over the past 50 years and with modern medical research techniques, the pace at which advances are occurring is accelerating.

“There are still many unanswered questions about the functioning of the human body, the causes of some diseases and the best ways to prevent or cure them. Medical research is the only means of answering these questions.

“These events are designed to increase the public’s awareness and understanding of the importance of medical research to society whilst dispelling some on the myths and misconceptions.”

The full programme is as follows:

Saturday, 18 June 2016, 11am – 4pm
Meet the Scientists, World Museum Liverpool
From Minds to Genes: Meet scientists from the University of Liverpool and take part in hands on activities to discover new and better better ways to treat people who are sick and help make everybody healthier.

Wednesday, 22 June 2016, 4.30 – 6.30pm
Poster Reception, Victoria Gallery & Museum
Prior to the public lecture on the human genome project there will be an informal coffee reception during which members of the public will have the opportunity to meet with researchers conducting work funded by the MRC from a broad range of medical research fields.

Wednesday, 22 June 2016, 6.30 – 8pm
Public Lecture by Vivienne Parry, Victoria Gallery & Museum
‘100,000 Human Genome Project – is it important for you?’
A scientist by training, Vivienne hosts medical programmes for Radio 4, writes widely on health, presents films, facilitates high level conferences and debates and trains young researchers. She also has a part time role as head of engagement at Genomics England which is delivering the 100,000 Genomes Project.

Monday, 20 June – Friday, 24 June 2016
Laboratory tours, University of Liverpool campus
The chance to embark upon guided tours of some of our laboratories, with the opportunity to ask questions of real researchers in the field of medical science. The tours will run across the campus on different days and at different times in the following laboratories:

Please note that tour numbers are limited and will be allocated on a first come first served basis. Tour participants must be at least 12 years of age and children under 16 must be accompanied by an adult.

For more information about these events and how to book please visit: www.liverpool.ac.uk/events/mrc-festival 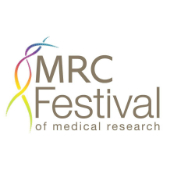