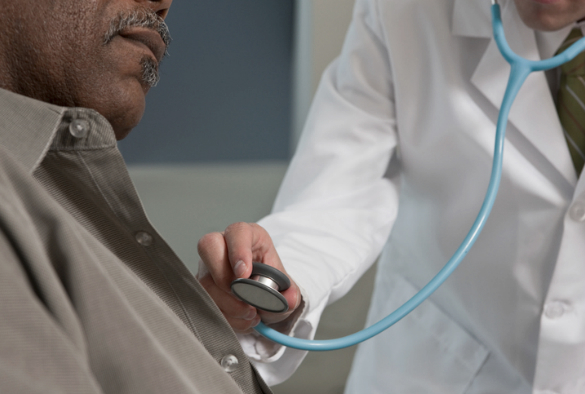 A University of Liverpool study published in the British Medical Journal has found the UK population’s cardiovascular health is not being supported enough by the NHS Health Check programme.

Researchers from the University’s Institute of Psychology, Health and Society, led by Dr Chris Kypridemos and Dr Martin O’Flaherty working with colleagues from the University of Manchester, have examined the potential impact of universal screening for primary cardiovascular disease prevention (NHS Health Checks), on disease burden and socioeconomic health inequalities.

Cardiovascular disease is the leading cause of death worldwide and responsible for more than 150,000 deaths every year in the UK. Furthermore, substantial socioeconomic inequalities have been observed in cardiovascular mortality in England and elsewhere. These inequalities reflect much greater premature mortality, and hence shorter life expectancy, among the most deprived groups.

In England, the current strategy to tackle CVD burden includes a programme known as NHS Health Checks. Introduced in 2009, this programme promotes the screening of all healthy individuals aged 40 to 74 for CVD risk stratification and treatment of those at high-risk.

The debate regarding its scientific foundation, effectiveness and cost effectiveness, however, has been heated. Despite this controversy, the programme remains policy.

Dr Chris Kypridemos, said: “The topic of NHS Health Checks is controversial. The government is currently spending somewhere between £70m and £400m per year on this scheme which is very costly and most likely inefficient.

“Our research estimated that in England structural population-wide interventions targeting unhealthy diet and tobacco might be three times more effective than the existing screening policy.”

The researchers used the model to compare different strategies, and examined the effects on equity (a fair distribution of the benefits). This included comparing the conventional way to deliver Health Checks with an alternative approach which particularly targets deprived areas, and also an eminently feasible ‘population-wide’ approach targeting improvements in diet and reducing smoking.

Dr Kypridemos added: “The findings of our study strongly suggest that NHS Health Checks are not the best option for preventing heart disease or stroke, nor for reducing socioeconomic inequalities in these diseases.

“We propose that a comprehensive strategy, combining structural population-wide interventions with screening only in the most deprived areas, where the burden of cardiovascular disease is higher, is most likely to maximise both effectiveness and equity of primary cardiovascular prevention.” 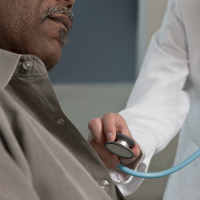