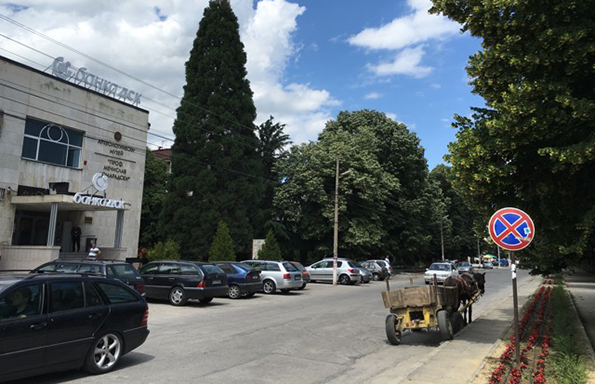 Dr Zosia Archibald is a Senior lecturer in the University of Liverpool’s Department of Archaeaology, Classics and Egyptology

“Bulgaria is blooming. Notwithstanding the continuing debates over Europe’s present condition, it is time to think of the global future, with the nightmares of the past in perspective.

From our UK perspective, on the north-western, Atlantic fringe of Europe, a cacophony of voices is telling us that we should think of ‘Europe’ in terms of bills, jobs, migrants, and terrorist attacks. These topics are relevant, but they are symptoms of a partial and incomplete apprehension of current experience. If we want to make wise decisions, we need to focus on what is happening behind the headlines.

As a frequent visitor to southern Europe over the past three decades, I want to talk about what has changed in this period. I first visited Bulgaria in its Communist heyday, in the 1980s, when red banners heralded the slogans that society was dragooned to follow. Over the past two weeks, I have been amazed to see how far-reaching economic trends are today.

The first surprise was at Manchester Airport, where three British dozen families with pre-school infants half-filled the A320 jumbo jet to Sofia, in addition to the usual commercial and professional travellers.  Sofia Airport has a new, splendidly designed terminal building, in addition to the refurbished Terminal One, which retains a wall mosaic map from the 1970s. Sofia’s two metro lines are an impressive 21st century investment that has been under way since the 1980s. The national railway lines, always one of the attractions for visitors, are in the middle of a major investment programme. Membership of the EU, and EU-funded infrastructure projects, have undoubtedly helped in this transformation; but these have accelerated the processes of change, not initiated them.

The most impressive thing about my recent visit wasn’t the urban investment, formidable though it is. Rather, it was activity in the countryside. In many parts of Bulgaria, rural life has been neglected for many years. This is no longer the case. Not only is land being farmed again, in many places intensively; but imaginative new schemes are bringing life back to wineries in central Bulgaria and craft beer is also beginning to appear. Wine trails are being linked to museums and places of historical interest. In the Pirin mountains of south-western Bulgaria, traditional agricultural practices continue to dominate marginal land, which also means that species of plants and wildlife are being conserved.  Last week we watched hay making and enjoyed delicious apricots and strawberries.

Heritage projects are one of the ways in which we can make creative connections between the complex past of this region and the future. I was in Bulgaria to negotiate the legacy of an archaeological project that a University of Liverpool team has been involved in, for almost two decades, at the Iron Age emporium of ancient Pistiros.

We have helped to create a new museum display in Septemvri, Bulgaria’s answer to Crewe station. Some of our finds were on display in the Louvre Museum, Paris, in 2015 and I was invited to give the keynote lecture at the associated colloquium, in the Institut de France, on Friday 12 June 2015, perhaps the first time that the University of Liverpool logo has been projected onto its august walls:

Bulgaria has valuable assets for the future. It is already selling solar heating, in addition to the more traditional minerals, rose oil, yogurt and fabulous tomatoes.  The country’s GDP is a clear indicator that southern Europe includes some robust economic players.” 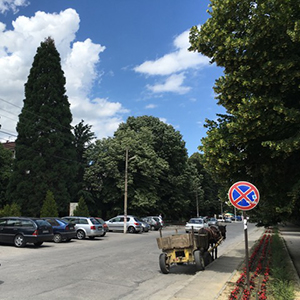