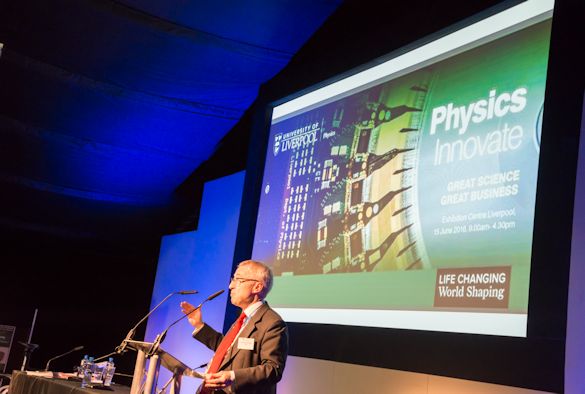 An event, held as part of the International Festival of Business, to showcase the commercial benefits of working with the Department of Physics attracted a record crowd and saw the announcement of two key collaborative projects.

Over 150 delegates attended `Physics Innovate’ to hear talks from Liverpool academics and companies on the value of knowledge exchange and collaboration to achieve innovation.

The event, which was opened by the University’s Pro-Vice-Chancellor for Research and Impact Professor Dinah Birch, provided an opportunity to profile the work that the Department has done on products and projects of high potential commercial impact.

“Having Sir Martin Donnelly, BIS Permanent Secretary as our keynote speaker really added to our discussion on impact, entrepreneurship and economic growth in Great Britain.

“The event produced some key outcomes including the announcement of a closer collaboration with FBK and the CEO of PPI, Mike Moran, announced their intention to invest over a million pounds in the next few months on a product development project in the Department.”

“We are also privileged to have our friends from the CERN BIC, FBK  and the IOP showcasing and presenting. Finally, it is a real joy to see our academics proudly presenting their projects on stage and in the exhibition space. ” 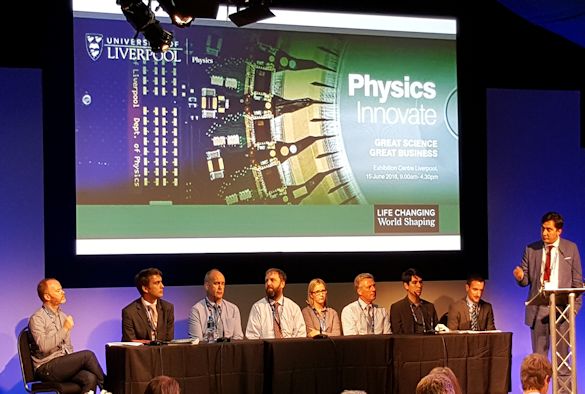