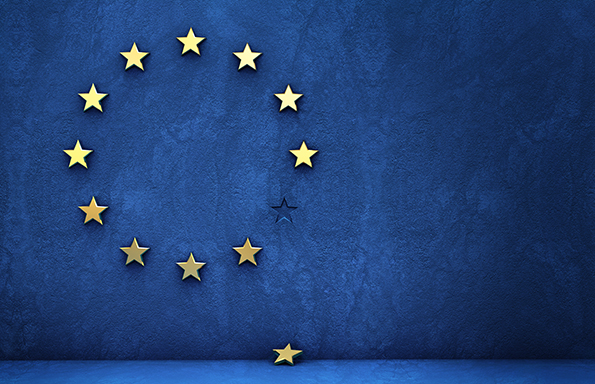 The nation has voted and its decision must be respected. But the consequences are enormous and frankly ominous. These feel like dangerous times – politically, economically, socially and culturally.  The centre has not held. Globalisation and its discontents which have been present across the land but partly hidden are now fully exposed. Regret and blame are the dominant emotions today. Uncertainty if not fear now stalks the land – much more than before when project fear was alleged. The risks to social cohesion and solidarity abroad, at home and in our city region are real.

The country is split across the middle. Inter-generational trust has been undermined.  The traditional party system is unravelling. The political system looks unstable. Government is paralysed. Scotland and Northern Ireland are restless. Europe is apprehensive. The international markets are worried.

I am personally depressed. Our home has been like a wake this weekend, reflecting a death in the family.  I am embarrassed in front my many European friends.  But professionally I am even more bothered. When the wheat is sorted from the chaff, this is not about European elites and Tory boy disputes. This is about how to create successful, confident places and economies in this country. And that is what I do for a living. And I don’t know I have got the right answer at the moment. But I think I know the shape of the question.

The referendum – the right answer to the wrong question

As always with referenda, many people answered the wrong question. They were not asked – do you think it’s fair that your family and place has been left behind and that nobody at the top seems to care. But that is the question they answered. And their answer was yes -and they are right.  Even though it was the wrong question. The irony and the tragedy of this is that those places that feel left behind and voted leave often have had more money and support from Europe than those that voted to stay. And they will be even more vulnerable in future outside Europe with a populist, neo-liberal Conservative government waiting in the wings. It will retreat to its heartland of London and the south east service base economy where its real interests and votes lie – not the smaller ex-industrial towns and cities of the north. Their problems will need time, patience, money, commitment. The new governing classes won’t have that. The turkeys have voted for Christmas – and now it turns out it was on a false prospectus anyway.

I have worked on these issues for British and EU governments for 30 years. I know that we have tried to do something about them since 1968 and Enoch Powell’s’ rivers of blood’ speech. But we have never got a proper handle on it. Too often we have focussed on neighbourhoods and small parts of bigger places. But we have never had a bigger story of the role of different places in the UK and the national economy. Partly it is because the idea of planning is anathema. Partly it is simply hard to do. Partly we have not been willing to commit for long enough – or frankly spend the money. But more profoundly it is a direct consequence of the Thatcherite policy which added fuel to the fire of globalisation and deindustrialised the north and reduced many of their once working inhabitants to a precariat. And they have now turned on and turned out her successors.

One result is that our unbalanced urban system lags behind much of Europe. Germany remains the model and provides the right messages. Invest long term in places outside the capital city. Spread investment and decentralise decision making. Educate and train people for relevant work. Build trust and understanding between the private and public sectors. Make a plan and stick to it. Create social capital.  Treat public expenditure as investment – not as hand-outs to failing people or places.

”It is a direct consequence of the Thatcherite policy which added fuel to the fire of globalisation and deindustrialised the north and reduced many of their once working inhabitants to a precariat. And they have now turned on and turned out her successors”

The irony is that New Labour when it had the money in the boom was a centralising government – not really willing to empower our cities. By contrast some of the leading Tories have begun to get the agenda – if for diverse motives. A combination of Osborne, Heseltine, Clark and O’Neill recognise the need to support and sustain more successful powerful cities outside London. They have endorsed city regions, devolution, metro mayors, the Northern Powerhouse. But their work is only beginning and has not paid off yet. In fact the big Northern cities have responded well to this agenda. However, the wider policy of rebalancing, investing in places outside London, encouraging the north to organise itself are now at risk. The Northern Powerhouse idea was underfunded before last week. Now it risks being overtaken by events. I recently spoke with one of the strategy’s authors Michael Heseltine who insisted the changes had gone too far to reverse. I like him and I would like to believe him. But in our overly centralised, now chaotic political system struggling with self-imposed austerity, I am not sure.

One of the underlying problems is that neither Labour nor the Conservative government really got far beyond doing something about the bigger cities outside London. I accept some responsibility for this since I developed the ‘second tier city’ argument which said we should invest in the Core Cities outside London if the country was to succeed. But every time I made the argument people said ‘I agree Michael – but what about the third tier cities?’ I tried but never had a complete answer. I saw the need to get the Core Cities going again before we could help the smaller places by connecting   the two. That is still an important part of the answer. But it was not and is not the whole answer. Anyway those places simply won’t wait for that to happen. Life is too short.  So the ‘at risk’ places like Hull, Stoke, Burnley and Sunderland have revolted now because we did not have an answer that worked for them.

”At the moment we simply impose austerity and let the market determine which places win and lose. And then we publicly reinforce that apparent independent market process”

National leaders will have to face these hard questions about the places left behind – what they’re going to do with and for them and their people. And how much investment of time and resources they are going to make. And they need to have a much clearer idea about how this country fits together in a much more coherent way. At the moment we simply impose austerity and let the market determine which places win and lose. And then we publicly reinforce that apparent independent market process. And 30 years of work in this area tells me that to make the cultural and political shift required won’t be easy, quick or cheap. The current governance system is clearly incapable of concentrating upon these issues at the moment. But that is what required. If there is any tiny compensation to this ghastly mess we have been put in, it is that we may have lanced this boil. But we need a serious debate about what the country must do to heal the wound and to avoid the kind of social unrest or political extremism such conditions have created abroad in the past and more recently.

What does this mean for the north?

The risk to community cohesion nationally is great. The vote has shown that people and places which are prosperous, or feel they have a chance of becoming so, have said yes.  Whereas those which feel they have less chance have said no. The worse the prospects the bigger the no vote. Liverpool, Manchester Bristol voted with big majorities for in. Newcastle was barely in. Sheffield and Birmingham wanted out.

The prospects for the north are hugely challenged by this vote. The author of the Northern Powerhouse, George Osborne will be far less powerful in future – perhaps not even around. The drive at national level to support the north may falter. But it is the right idea anyway. So now we must do it ourselves if we have to. The north must also be represented in the national discussion with Europe or it will be left out of the debate. And the big city regions of the north will need to work harder to build bridges and make sure the more pessimistic east will hang together with the more optimistic west of Manchester and Liverpool.

What does it mean for Liverpool city region?

I am proud that Liverpool voted to stay by a big majority. I think it was partly because it has benefited so much from Europe in the past and partly because it is an open, internationalist outward looking city. But I think it was also because many of its people genuinely do feel more confident about the city’s prospects than at any time in the past three decades. And they are right.

But just as the country is divided, the big city regions are also. This reflects their different parts perceived prospects of prosperity. Manchester was in but Salford was out. Liverpool, the Wirral and Sefton were in but Knowsley and St Helens wanted out.

”Just as the country is divided, the big city regions are also. This reflects their different parts perceived prospects of prosperity. Manchester was in but Salford was out. Liverpool, the Wirral and Sefton were in but Knowsley and St Helens wanted out”

So this presents big challenges for our city region leaders.  They must rise to the occasion. They must work together and hang together even more in future. Or we and they will hang separately. They were doing that already. But events mean it is even more important work. European money has mattered hugely in the past – if less so now. But still some of it will be at risk. That’s a challenge. More generally our leaders must develop a narrative and a plan that will give people in the city region confidence and reduce worry. And they must re-engage with so many who have lost faith. Liverpool city region has huge assets and is better placed than it has been in many years to build upon them. The signs are all around us. The city region family is more united than it has been in the past. But some parts are more worried than others. We must address that and cohesion must be nurtured and sustained

The Mayor of Liverpool is absolutely right to have called an immediate summit to address these questions. He will need the private, public, and community and faith sectors to play their part. The universities and mine in particular, are thoroughly committed and determined to play their part.

An academic economist friend of mine was plucked from his University to become the first finance minister in the first post-Franco democratic government in Spain. When I asked him how he coped, he said me ‘You have to be most brave when you’re feeling least brave.’ Or as Franklin Delano Roosevelt said at equally momentous times, the only thing we have to fear is fear itself. I suspect we know what they both meant.  We must and shall conquer that fear. And our leaders must stand up and lead. 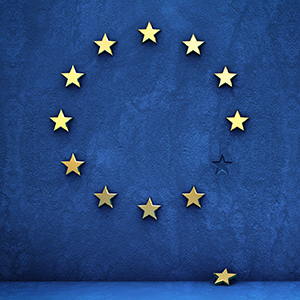 2 thoughts on “Brexit puts social cohesion at risk – abroad, at home and locally”