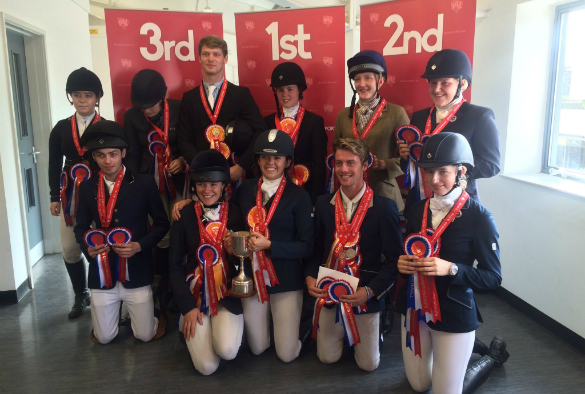 The University of Liverpool Riding Club is celebrating a double win after placing first in both the British Universities and Colleges Sport (BUCS) championship and Trophy competitions for 2015/16.

It is the first time the same university has won both competitions in the same year and is the University’s first national championship victory in 12 years.

The news follows an impressive year for sport at the University with a final BUCS table position of 26th with a record 1327 points – an improvement of four places on the previous year. The teams played over 820 fixtures across the year, collectively winning 477 of them.

BUCS league winners this year include:

Athletic Union (AU) member numbers are at an all-time high at 3,491 with 13 clubs boasting more than 100 members. The largest club is Men’s Rugby Union with 197 members followed by Lacrosse at 182.

Commenting on the success, outgoing AU president Stephanie Devine, said: “It’s been an incredible year and I’d like to say a massive thank you to every single team in the AU, both club and campus sports, for contributing to it. Here’s to another great year next year!”

Former student representative, Gaby Sims has been elected as the new AU president for the forthcoming academic year.

For more information about sport at the University of Liverpool please visit: www.liverpool.ac.uk/sports/sports/