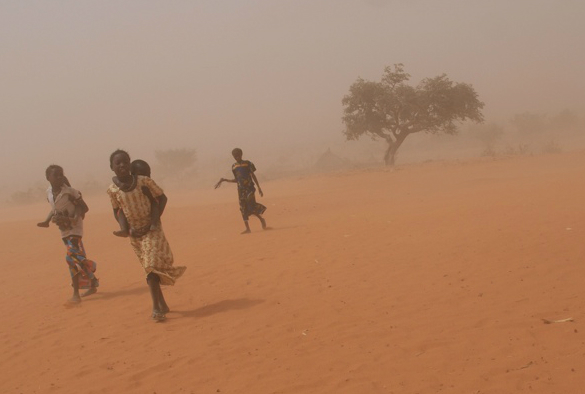 Exposure to airborne dust and high temperatures are significant risk factors for bacterial meningitis, a new study by the University of Liverpool’s Institute of Infection and Global Health has found.

The research, published in the Journal of Allergy and Clinical Immunology, recommends that climatic surveillance alongside simple control measures could be used to predict and minimise future outbreaks in Africa’s “meningitis belt”.

The Sahel region of West Africa has the highest number of bacterial meningitis cases in the world. Previous studies have suggested that climate factors play a role in outbreaks, but little was known about the specific impact of climate on bacterial meningitis and how it caused disease.

An interdisciplinary team of scientists working in Liverpool, Niger and Malawi now report that inhalation of airborne dust and sand particles can substantially increase the risk of the major bacterial pathogen Streptococcus pneumoniae spreading from the nose and throat into the lungs, brain and blood where they can cause life-threatening diseases such as meningitis and pneumonia.

Climate scientists and epidemiologists working in Niger conducted daily disease surveillance and weather monitoring over an eight-year period and found that outbreaks of bacterial meningitis occurred shortly after sandstorms and extreme high temperatures.

Dr Daniel Neill, joint first author, explained: “Niger sits right in the middle of the meningitis belt that runs east to west across Africa just below the Sahara desert. Sandstorms blowing into Niger from the Sahara kick up huge quantities of dust and sand that severely reduce visibility and significantly increase temperature.

“We have demonstrated that both dust inhalation and exposure to high temperatures are risk factors for development of life threatening invasive bacterial infections, but when the two factors combine, as they do in Niger, it raises the risk even further.”

Experimental bacteriology, immunology and infection biology studies in Liverpool modelled how these climatic factors affect susceptibility to disease by Streptococcus pneumoniae. They found that exposure to dust and heat led to increased numbers of bacteria in the upper airways, impaired activity of protective immune cells and increased release of damaging bacterial toxins.  As a result, severe infection was more common, with increased inflammation, damage to organ tissues and spread of bacteria to the lungs, brain and blood.

Professor Aras Kadioglu, who led the study, said: “Collectively, our findings have significant implications for those areas of the world with high bacterial carriage rates coupled with hot climates and high levels of natural pollution.

“In such settings, high levels of atmospheric dust and increased temperatures combine to create a significant risk factor for the development of invasive disease. More funding of research is needed in this area to help us understand and manage the health risks caused by increasing global pollution and to combat its effects.”

The study ‘Airborne dust and high temperatures are risk factors for invasive bacterial disease’ [DOI:10.1016/j.jaci.2016.04.062] is published in the Journal of Allergy and Clinical Immunology.

Photo credit: “Desert Storm” by focx is licensed under CC BY 2.0 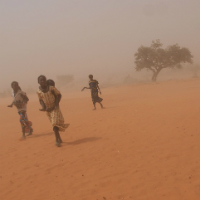