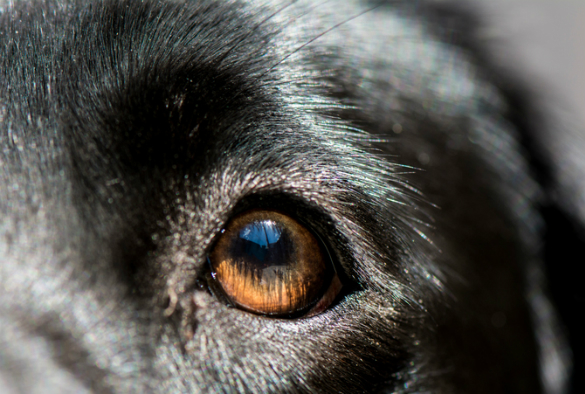 Parasitologists from the University of Liverpool have reported the UK’s first known case of canine ocular thelaziosis (eyeworm disease) in a dog that had been recently imported from Romania.

The disease is caused by a vector-borne parasite (Thelazia callipaeda) and spread by a species of male fruit fly (Phortica variegata) that is found in the UK.

Documented cases of the disease have been growing across several European countries including France, Italy, Spain, Greece, Croatia and Romania, but until now there have been no recorded cases in the UK.

Worms were discovered on the eyelid of a one-year-old male collie cross during a routine general anaesthetic for elective surgery in March 2016.

All visible worms were removed from the dog and sent to Liverpool Veterinary Parasitology Diagnostics, where they were identified as T. callipaeda. Additional analysis by PCR to confirm this is pending.

Writing in Veterinary Record letters, the researchers said: “This case raises awareness of a new imported disease and highlights the ongoing risks associated with pet travel and importation, and the need for vigilance when examining these animals.”

The letter ‘Case of canine ocular thelaziosis in the UK’ is published in the Veterinary Record (doi:10.1136/vr.i3743)