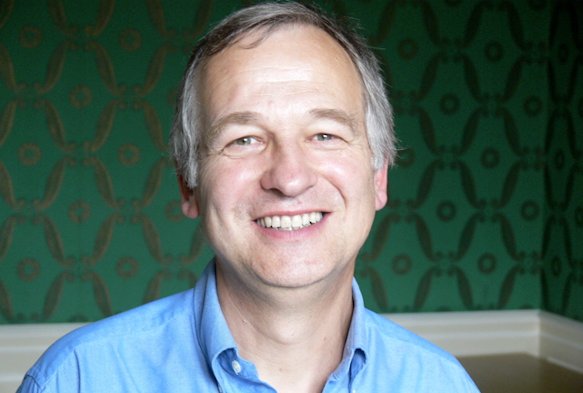 Director of Liverpool University Press (LUP) Anthony Cond pays tribute to Publisher, Poet and Chair of the LUP Board, David Attwooll, who sadly passed away on Friday, 5 August:

“If you have published with Liverpool University Press, or read an LUP book or journal article since 2004, you owe a debt to the Press’s Chair, David Attwooll, who has died at the age of 67.

In a life lived to the full, David Attwooll managed to cram in many eclectic achievements that were by no means limited to publishing.   The man who launched Oxford University Press’s World’s Classics paperbacks and US reference list, Vintage and Red Fox imprints for Random House, and the online version of The Hutchinson Encyclopedia, was just as happy playing drums in a street band.

Following stints as Editorial Director of OUP’s reference and consumer publishing, and Managing Director of Random House UK’s Paperback and Reference Divisions, David founded and built up Helicon Publishing to a quoted business, with wholly owned reference databases of over 20 million words.

A genuine pioneer of digital publishing in the 1990s, he eventually sold the business to W H Smith and set up Attwooll Associates, a licensing and consultancy business that brought his knowledge of the digital market to more than sixty publishing clients, including Penguin, Bloomsbury, University of Chicago Press, Dorling Kindersley and Hodder Headline.  Attwooll Associates won the Independent Publishers’ Guild ‘GBS Award for Services to Independent Publishers’ in both 2009 and 2011.

Despite an ever increasing workload, David remained a family man at heart.  It was the fact that his son had recently joined the University of Liverpool as an undergraduate that prompted David to respond to an advert for a consultant to review the future of Liverpool University Press.  LUP at that point faced closure, its subsequent relaunch with David as Chair, and with a corporate structure that he proposed, saw LUP crowned both IPG Frankfurt Book Fair Academic and Professional Publisher of the Year and The Bookseller Independent Academic, Educational and Professional Publisher of the Year a decade later, in what Sir Jonathan Bate, Provost of Worcester College, Oxford, and Vice-President of the British Academy, dubbed, ‘one of the great success stories in the difficult climate of modern academic publishing.

David retained a commitment to the arts in all its forms throughout his life. While still a Cambridge undergraduate he was the founding drummer of avant-rock band Henry Cow (supporting Pink Floyd among others); in his sixties he won national acclaim as a poet with a debut collection applauded by Simon Armitage as ‘geographically, linguistically, thematically and stylistically varied and rich.’  He chaired the Board of Trustees for Oxford Contemporary Music and Winter’s International School Finder as well as that of LUP, and served on the cultural advisory board of Oxford Inspires and the Industry Advisory Board for the Oxford International Centre for Publishing Studies.

One of life’s great enthusiasts (for David a glass was always half full), he eventually succumbed to the rare Erdheim Chester Disease (Non-Langerhans Cell Histiocytosis). He is survived by his wife Trish, and children Will, Kate and Tom.”

Executive Pro-Vice-Chancellor for Humanities and Social Sciences, Professor Fiona Beveridge who is also a Non-Executive Director for LUP said : “David provided clear strategic direction to Liverpool University Press, helping it to develop into the great success story it has become.

It is very much down to his foresight that the Press was retained at all, and that it continues to thrive.”