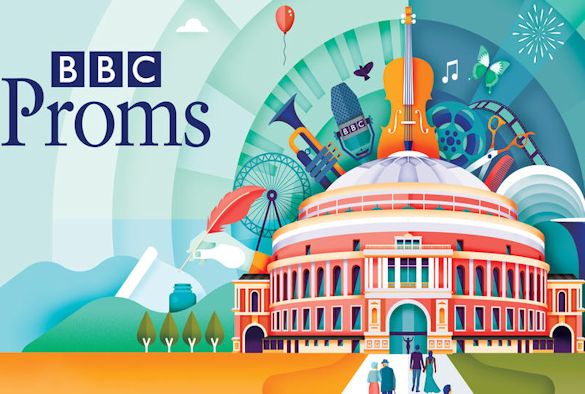 The University’s Leverhulme Artist in Residence, Dr Emily Howard, has had her new work `Torus: Concerto for Orchestra’ premiered at the BBC Proms.

Dr Howard, who was appointed Leverhulme Artist in Residence in the Department of Mathematical Sciences last year, creates musical compositions using mathematical research as a source of inspiration.

As part of the `Composers in Conversation’ series for BBC Proms Extra, Dr Howard gave an interview about the influences and inspirations for her compositions.

The programme featured live performances of ‘Orbit 1a’, composed during her Liverpool Leverhulme Residency, and the premiere of a new work ‘Chaos or Chess’ for solo microtonal tuba performed by Jack Adler-McKean. ‘Chaos or Chess’, supported by Professor Lasse Rempe-Gillen’s 2012 Philip Leverhulme Prize, is a continuation of the Orbits Series initiated by Dr Howard and Professor Rempe-Gillen that responds to recent mathematical research in dynamical systems.

Dr Emily Howard said: “The Prom was a fantastic experience for me: Vasily Petrenko and the RLPO gave such a stunning performance of ‘Torus’ and it was wonderful to work with the talented RNCM students and alumni in the Proms Extra event alongside. I’m very grateful to Lasse Rempe-Gillen for inviting me to the Department of Mathematical Sciences at Liverpool and to The Leverhulme Trust for funding my residency.

“The many wonderful conversations and collaborations that I have begun with mathematicians and scientists here in Liverpool are a rich source of creative stimulation for me and I am looking forward to further collaborations.”

Professor Lasse Rempe-Gillen added: “It was a thrill to hear the influence of mathematics in Emily’s compositions. I was particularly excited to hear Emily’s new response to my research, ‘Chaos or Chess’, premiered by the fantastic tuba player Jack Adler-McKean. I look forward to many more stimulating conversations with Emily as part of our continuing collaboration.”

Prom 53 which features the RLPO performing Torus is available to listen to here: http://www.bbc.co.uk/programmes/b07pjdg5

Dr Howard’s interview is available to listen to here: http://www.bbc.co.uk/programmes/b07pjdg7 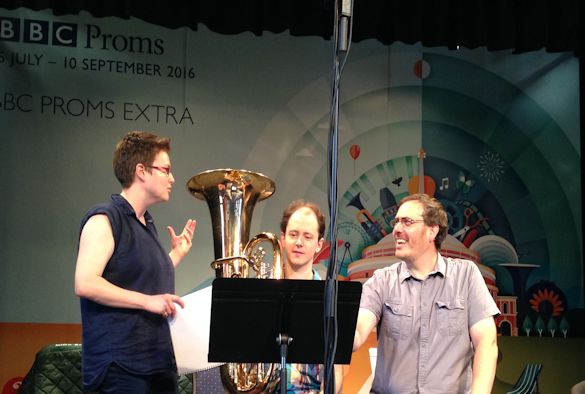