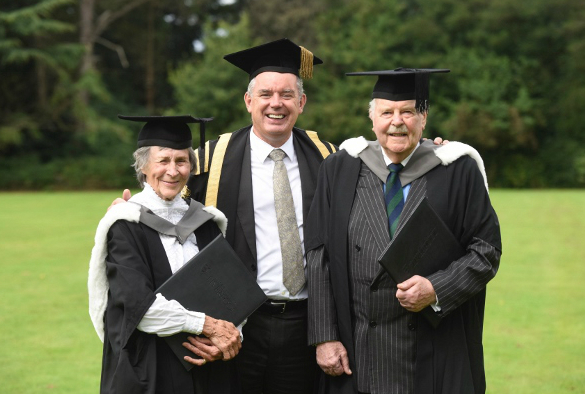 Two former University of Liverpool veterinary students have been awarded honorary degrees by the University, more than 65 years after they finished their studies.

The Honorary Bachelor of Veterinary Science degrees were awarded to Philip Ayrton-Grime and Gwendolen Collinson Stokes, who studied for membership of the Royal College of Veterinary Surgeons (MRCVS) at the University prior to 1951 but did not take the examinations for the BVSc degree.

At this time the BVSc degree was not a prerequisite for a veterinary career, and some students chose to only take the MRCVS exams to enable them to become practicing vets.

Following their time at Liverpool, both honorary graduates went on to have successful veterinary careers. Philip Ayrton-Grime, 89, notably spent a number of years as the Queen’s personal vet in Windsor and was honoured with the Commander of the Victorian Order award in recognition of his contribution.

The graduation ceremony was held at the University’s Leahurst Campus, which has been home to veterinary students since 1941.

Professor Susan Dawson, Head of the University’s Institute of Veterinary Science, said: “We felt it was a fitting gesture to honour our MRCVS students of yesteryear in this way and it was fantastic to welcome them and their families back to Leahurst to celebrate.”

The ceremony was part of the inaugural University of Liverpool Veterinary Alumni Association (ULVAA) Celebration Weekend, which ran from 2-3 September. The event was held to encourage veterinary graduates to get together and reminisce, and also included continuing professional development sessions, a dinner and tours of the campus. 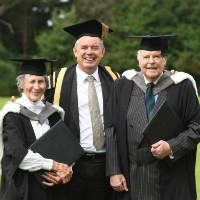