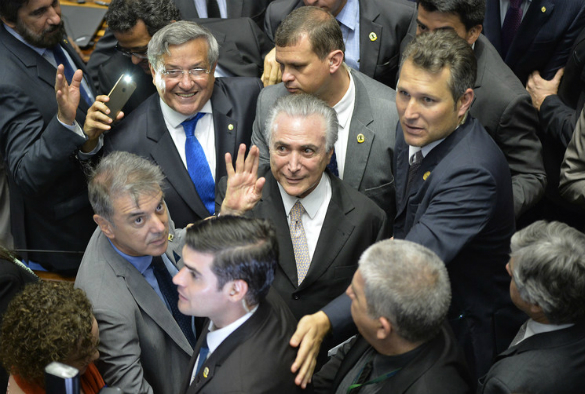 “Dilma Rousseff is fond of ancient history. The woman removed as president of Brazil recently revealed she had been reading work by the Cambridge classicist Mary Beard. And certainly the events of the last few months in the cauldron of Brazilian politics hark back to the era of Cicero, senatorial drama and the turbulent late years of the Roman Republic.

After Rousseff was suspended from office in May, the senate began investigations. Then, on August 31, after three days of heated debate, it voted to throw her out of office.

The crux of the Brazilian senate debate was whether the proposed impeachment was a legal matter or craven political opportunism. Rousseff’s supporters have cried foul. They claim the people who sought impeachment cynically exploited constitutional rules to remove a president simply because they opposed her. The action, they believe, amounts to a parliamentary coup.

Rousseff defiantly insisted as much in a recent speech. She emphasised her achievements in government and her electoral mandate, arguing that the 61 senators who voted against her had “substituted the votes of 54 million”.

Indeed, even if the pro-impeachment camp views the vote as a victory for democracy, anti-impeachment protestors are unlikely to remain quiet about their dissatisfaction with the political system.

The new president, Michel Temer, said in a television statement that the decision had been both transparent and democratic, thereby demonstrating the vitality of Brazil’s democracy.

In his own speech in the senate, Temer called his administration a “government of national salvation”. He cited confidence in Brazil’s social and political institutions as central to Brazil’s future. He called for unity and reconciliation but couldn’t resist labelling Rousseff a “golpista” (putschist) for challenging the senate’s constitutional and, in his view, democratic decision.

What is democracy anyway?

Brazilians have been presented with two different views of democracy. One is the view that democracy is about the rule of law, respect for the constitution and well-oiled democratic institutions.

The first senator to speak in the impeachment debate on August 30 said the action being taken against Rousseff was a sign that democracy was working. He argued Rousseff broke the law by using state-owned banks to cover a gap in the social budget.

The other view is that democracy is about respecting the majority who voted for Rousseff in the 2014 election. This reflects a widely held view that Rousseff has been pursued by political opponents who are suspected of far more serious acts of corruption than she is accused of. To deflect attention away from themselves, the argument goes, they have decided to destabilise a democratically elected government.

Rousseff’s supporters also say the Temer government lacks political legitimacy given how it has come to power.

These two visions are not just present in the political arena but also among the electorate. It’s clear that the political fault line that has been exposed by this case will shape Brazil’s future.

The country faces a volatile political situation without a clear solution. Brazilians distrust their country’s democratic institutions, including politicians, the national congress and political parties. However, they strongly support democracy as a system of government.

And although 49% of those surveyed in an opinion poll believe that the impeachment process followed democratic rules, the Temer government’s approval ratings are little better than Rousseff’s.

While the Brazilian senators who voted for impeachment may see themselves as having saved the republic from an impossibly compromised head of state, the sense of a narrow and entitled political caste persecuting a flawed outsider is resonating with Rousseff’s support base.

In contemporary Brazil, as in ancient Rome, an uncertain relationship between the senate and the people signals a fundamental battle about political authority and legitimacy. Unity seems a distant and uncertain prospect.” 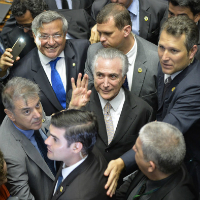