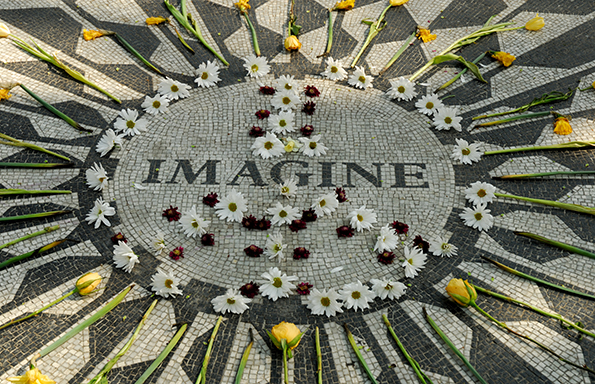 Last night I had the privilege of attending the premiere, in Liverpool, of Ron Howard’s film on the Beatles, Eight Days a Week: the Touring Years. The ‘privilege’ arose because I helped produce a report , commissioned by Liverpool City Council, on the economic value of the Beatles to the Liverpool economy. One of the recommendations made in the report was that a group be formed to “curate and develop Beatles heritage in the city”. As a member of that Beatles Legacy Group, I was invited to the premiere, but the true privilege was being exposed to Howard’s telling of the Beatles’ story.

What Ron Howard achieves in his film is the humanization of the Beatles, with the effect of dramatizing the extraordinary scale of their success. This film is not what it could have been, one more contribution to a mountainous and uncritical hagiography It shows the Beatles as four talented musicians who helped create a social and cultural tornado centred on themselves. This tornado travelled with them, and gained force and power, wherever they went until, effectively, it tore them apart.

A tornado is a useful metaphor – this is a violently swirling column of air that connects the land to enormous thunderhead clouds. What becomes apparent through Howard’s assemblage of familiar and also newly-sourced Beatles film footage is that the Beatles did not create the thunderhead to which they irretrievably became connected; rather, the thunderhead coalesced as the first and definitive announcement that a post- war, ‘baby boom’ generation was in the process of being born. The walls of screams the Beatles faced at every turn between the Summers of 1963 and 1966 have the effect of rendering the world as a vast maternity ward. The spinning tornado is as much the spiralling out of control of what, after all, was only a pop group as much as it was the millions of spinning discs and the powerfully rotating and upward-spiralling tours that circled the globe during which they played to greater and greater numbers of, always screaming, devotees.

I use ‘devotee’ over the more familiar ‘fan’, for a reason. If hagiography is the telling of the life of a saint, what needs to be remembered is that saints are ordinary humans who in some way are touched by the divine. The key turning point (again, ‘turning’) in the biography of the Beatles is John Lennon’s innocent and conversational observation that they had become ‘bigger than Jesus’.

”What becomes apparent through Howard’s film is that the Beatles did not create the thunderhead to which they irretrievably became connected; rather, the thunderhead coalesced as the first and definitive announcement that a post- war, ‘baby boom’ generation was in the process of being born”

The Beatles had not been touched by the divine, they had been touched by the enormously powerful need for the baby-boomers to find a point not just of articulation but of distinction – as if their birth as a generation was simultaneously their coming of age. What the Beatles vast audience was devoted to was its own mission of self-assertion. Lennon’s quintessentially irreverent remark (and very Liverpudlian for that) was to allow traditional authority to reassert itself – never successfully, never fully, and never again with the old confidence, but enough to break the spell of the Beatles as some kind of divine and ineffable force.

Following the ugly incident in the Phillipines (when they were ‘run out of town’ for snubbing Imelda Marcos, wife of the President) to the final show at Candlestick Park in San Francisco, where no-one could hear them and when, in any case, they given up trying to entertain the vast crowds they were faced with, the Beatles gave up live performance. Because they did, and because they were now rich, their former invincibility deserted them. As Howard’s film shows, what gave the Beatles their power was a synergy of four exceptionally talented individuals (anyone who imagines Ringo was somehow the ‘weak link’ should listen to his electrifying drumming throughout the concert sequences). Once the Beatles were disassembled as a playing unit, they were no longer the earthly point of connection for the tornado that, formerly, they had been.

Disunity followed but this, for a time at least, was productive: George Harrison flourished as a writer, McCartney and Lennon could use the studio as a palette, Ringo learned to play chess. But it ended badly. Inevitably, the film concludes with the live performance from the roof of Apple’s then headquarters in Savile Row, London on January 30th 1969. What is so striking about this performance is that it took place barely two and a half years after Candlestick Park, and yet the band members (especially Lennon and Harrison) look a whole generation older than they did in August 1966.

Only a pop group? Well, yes, and resoundingly no. Brian Epstein’s principal contribution to the Beatles was to put them in suits. This is not a cynical observation. What Epstein sensed above all else was that these four were a tremendous unit. That unit contained prolific composers of many memorable melodies, but it was also a remarkably rocking band – and it was funny and fearless and frontier-less. As Ron Howard shows so convincingly, that the Beatles survived three years of ‘Beatlemania’ is remarkable in its own right; that they not only survived but grew as composers through that maddened mayhem is more extraordinary still.

On the roof of Apple, we see in Lennon’s haggard face and Harrison’s deep gaze the fact that this extraordinariness extended to time itself. They lived a life in a decade and along the way they defined an epoch. They could only do this because, for as long as they could, they lived eight days a week. 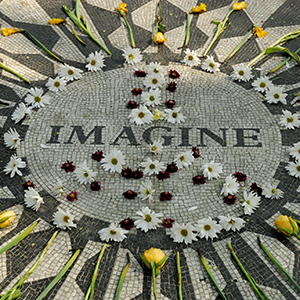