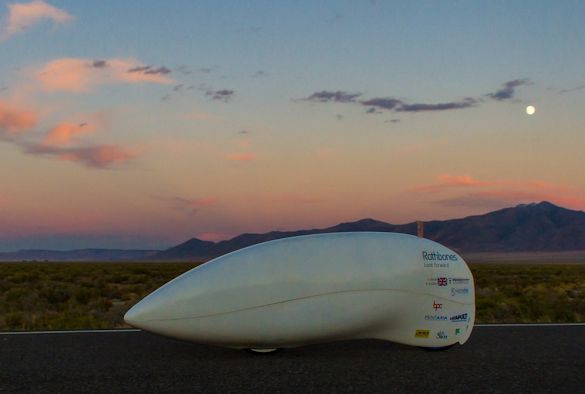 The University’s Velocipede (ULV) Team has broken both the men’s and women’s British Land Speed Record for a human-powered vehicle with their aerodynamic recumbent bike, ARION2.

The award means Yasmin (below) is now the second fastest woman in the world, and the fastest British woman, having achieved a speed of 71.05mph smashing the previous British record of 42.5mph. 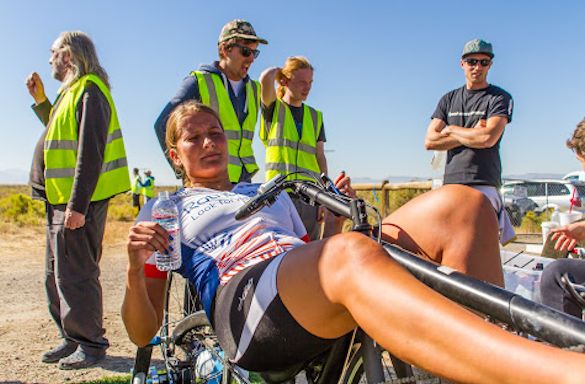 The ULV team’s male rider, Ken Buckley (below), broke his own British land speed record of 75.03mph, which he set last year on ARION1, with a new speed of 76.59mph.

The ULVTeam and their riders now hold both the male and female British speed records for a human powered vehicle. During the course of the Challenge a new men’s world record was set at 89.59mph by Canadian Todd Reichert and Team Aerovelo. The women’s world record stands at 75.69mph . 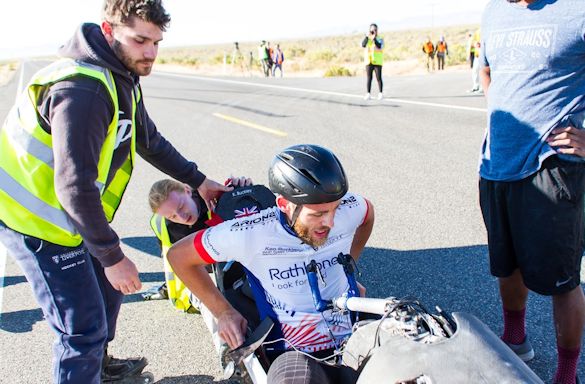 The ULV team is sponsored by Rathbone Investment Management and supported by Friends of the University of Liverpool.

ULV Team Leader, Rob McKenzie, said:  “It was an amazing experience taking part in the World Human Power Speed Challenge and for both Yasmin and Ken to set new British land speed records. It is the culmination of two years of work and the entire team, both those in Nevada and back in Liverpool, are absolutely ecstatic about the team’s achievement.

“The whole team has worked tirelessly to improve the design of ARION2 and this has really paid off. We would like to thank Rathbones and all our other sponsors, without their support this incredible project would not have been possible.”

Engineering Lecturer, Steven Bode, who supervised the students said: “All the late nights and weekends that the student have put into this project has paid off, their dedication to the project has been amazing and I’m extremely proud of each and everyone of  them.”

Designed and built as part of a two-year Engineering degree project, ARION2 featured several technological improvements from its predecessor ARION1 including updated aerodynamics, reduced weight, changes to the steering mechanisms and transmission, and a move to front-wheel drive.

The World Human Powered Speed Challenge takes place on State Route 305, a 4,619ft (1,408m) altitude road in Nevada that allows riders an acceleration zone of over 4 miles, enabling them to reach their maximum velocity before being timed over a 200 meter distance.

Andrew Butcher, Chief Operating Officer, Rathbone Investment Management, commented: “The dedication and tenacity the students have displayed throughout the ARION project is testament to the University and it has been a privilege to support them along the way. Rathbones has its roots in Liverpool so it is a city close to the heart of the business and we are extremely proud of what the team has accomplished in Nevada this week. As investment managers, we’re committed to investing in future technology and innovation.”

Yasmin was interviewed for Al Jazeera News whilst competing in the Challenge.  You can watch this interview here: >>> https://m.youtube.com/watch?v=II2K4OBK5qg

The full results from the Challenge can be found here: http://www.recumbents.com/wisil/whpsc2016/results.htm 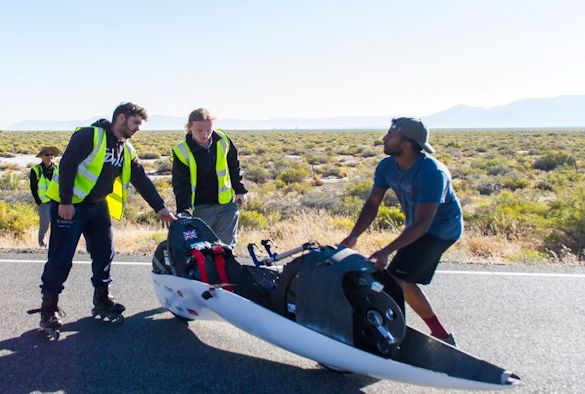 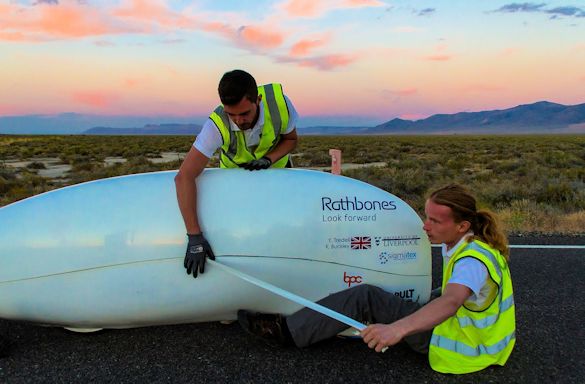 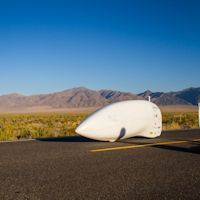