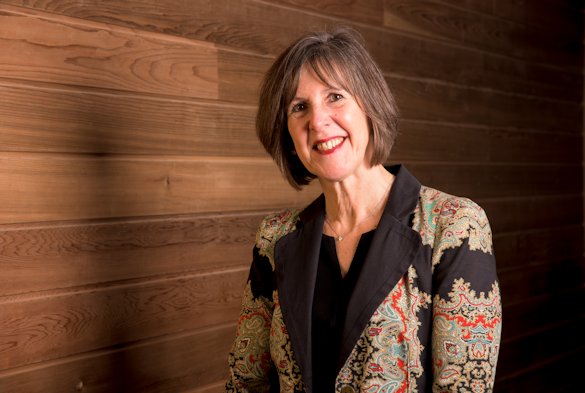 Vice-Chancellor, Professor Janet Beer, shared her thoughts from the Conference in an article for the Times Higher Education:

It is four years since the University of Liverpool joined the city’s other three universities in a successful bid to host the 2016 European Association for International Education (EAIE) conference, and it is a certainty that none of us foresaw that by the time it came to fruition, the UK would be negotiating to leave the EU.

About half of the 5,000 delegates came from other European countries and the outcome might have undermined the UK’s formerly strong international credentials in higher education. It soon became clear, however, that we share with our international colleagues the same strong emotions over the decision and a determination to not let it disrupt the strong bonds between us.

Not surprisingly, Brexit was a key theme and we heard that we are not alone in facing a backlash against globalisation. Delegates told us that the sentiments behind Britain’s Leave vote are mirrored in many other countries. They spoke of what appears to be an increasing divide between those who embrace the tenets and benefits of globalisation and those who want to be protected from it.

The idea of internationalisation as a force for good, a way of pooling resources to find fresh solutions to challenges facing the world, has somehow become out of step with swathes of the public who fear that breaking down barriers between countries threatens their sense of nationhood.

We need to start talking more about inclusion and diversity and less about income generation and reputational enhancement. This new internationalisation must find ways of demonstrating how globalisation can enhance mutual respect and understanding between nations without undermining national identity.

If higher education is to be the trailblazer for a new internationalisation based on equity, diversity and inclusion then we need to get the message out. One thing I learned from the Brexit experience was that universities need to get better at communicating and engaging with the general public, using our huge resource of expertise and evidence.

The need to build more equitable transnational education (TNE) partnerships was very much at the forefront. Less than a decade ago, flying faculty was the main model but this is now firmly in decline, giving way to partnerships that build local capacity.

Global demand for higher education is accelerating and there was much discussion about ways in which the more developed systems can support the growth of higher education in parts of the world where there is an urgent need to nurture the next generation of university teachers and researchers. It was that spirit 10 years ago that gave rise to the groundbreaking collaboration between the University of Liverpool and China’s Xi’an Jiaotong University, leading to the creation of a jointly owned new international institution in China, the Xi’an Jiaotong-Liverpool University.

The Chinese people see the autonomous university as their own, rather than an outpost of University of Liverpool.

Not so long ago the growth of Moocs (massive open online courses) was regarded as the next big “disrupter” in international education, but now the hype seems to have subsided. The conversation was not about substituting online for campus, but about online learning contributing to flexible programmes alongside time spent on one or more campuses through joint degrees or study and work abroad schemes.

As you would expect, a meeting of people actively involved in the internationalisation of their institutions shared a vision of borderless education transcending political, geographical and economic divides. As speakers in many sessions indicated, however, universities cannot ignore the local conditions in which they operate that can impede their ability to operate globally.

There are countries where academics are under attack from governments fearful that a free exchange of ideas will undermine their regimes. There are whole regions of the world where higher education struggles to survive because of chronic underfunding. Universities are already seeking ways to engage with the growing number of refugees and CARA, the Council for At-Risk Academics, spoke of the growing demands for its support.

If we are to build this new approach to internationalisation then educators need to stand together to tackle these political and economic challenges. Britain may be leaving the European Union, but our universities will remain an active part of the global higher education community.