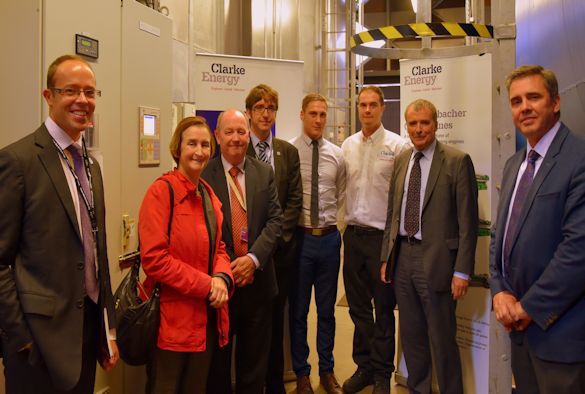 A group consisting of MPs and delegates attending the Labour Party conference took some time out from the event to visit the University’s Combined Heat & Power Plant (CHP).

The visit, which was organised by Clarke Energy (CHP engine manufacturers) and ADE, was an opportunity to show first hand energy-interested parliamentarians, who were in the city for the Labour Party Conference, a CHP plant.

The CHP uses gas to generate electricity for the University campus and the waste heat from the electrical generation to provide hot water services and heating for University buildings. The University generates a large proportion of it’s electricity requirements on site in its two state of the art energy centres.

Peter Birch, from FRCS who led the CHP tour, said: “The tour of the CHP energy center was an opportunity to talk to people with an interest in energy policy and a fantastic chance for them to see a large scale CHP system in action delivering huge environmental and financial benefits to the University and spearheading the University’s sustainability policy to drive down carbon emissions.”