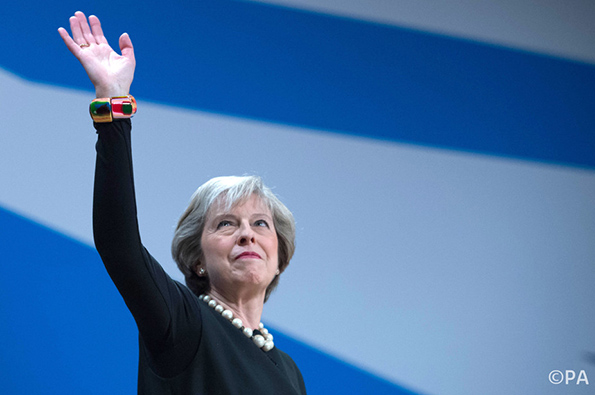 Prime Minister Theresa May’s opening speech to the Conservative party conference brought a dramatic start to proceedings and marked the start of the real Brexit narrative.

By ruling out any kind of “soft Brexit”, May nailed her colours to the mast. She is going full UKIP. She equated soft Brexit with back-door attempts to remain in the EU, which, she argued, would be unacceptable to the British public. She said:

But May also made it clear that she intends to take the decision over Article 50 herself, without giving parliament a vote. This is somewhat ironic given Brexit was supposed to give Westminster back its sovereignty. This means the government will be making decisions over environmental policy, social policy, and economic policy without a vote in the legislature. Choices that will define the country for centuries to come will be made without parliamentary scrutiny.

Supporters of leaving the EU point to the outcome of the referendum as though it answers all manner of democratic omissions. But now, this parliamentary democracy is denying Britain’s elected representatives any say in the decisions they were elected to make.

Regardless, we are where we are. Article 50 will be triggered no later than (but possibly before) March 2017. European Commission president, Donald Tusk, warned that “once Article 50 is triggered, EU27 will engage to safeguard its interests”. Increasingly, both sides seem united on the fact that Brexit means Brexit.

Given that, the 48% who voted remain (and those members of the 52% who voted leave simply to “kick Cameron”) will be left with a difficult decision. They simply can’t spend the next few years attacking the situation Britain is in. But that shouldn’t have to mean letting hard Brexiteers demand that everyone makes Brexit work the way they want it to. They burnt the house down and now want everyone else to rebuild it.

So, having given it some thought I would argue that remainers have to accept that Britain is leaving the European Union. Short of a sudden change of heart from May, Boris Johnson, Liam Fox, and David Davis, it is highly unlikely that it will remain. I’m also increasingly convinced that the EU will be delighted to see the back of Britain. To be fair, this is a member state that has spent the past 40 years getting everything it wanted and then moaning about it.

However, we now know that Brexit means hard Brexit. It will not be a “soft, social democratic” Brexit. With the Labour Party in full retreat over this, the biggest issue of the day (it wasn’t even originally deemed worthy of debate at its party conference), there is very little option other than to accept that the Tories will be setting the framework for what the UK will look like after April 2019.

Labour leader Jeremy Corbyn’s inexcusable silence on this renders Labour irrelevant to the real problems faced by society. Every aspect of British life relates to the EU. Indeed, Conservative peer Nigel Lawson called Brexit an opportunity to finish Margaret Thatcher’s work. He may well be right. Corbyn’s lack of engagement carries its own message of indifference to reality, and for that he should be ashamed.

We have yet to see how Scotland and Northern Ireland will respond during the negotiations, nor whether Wales will have a belated change of heart when the funding vanishes. And England itself may well be challenged by Cornwall, Yorkshire, and Lancashire facing massive social uncertainty.

But for now, May is firmly in charge. She is a new prime minister, leading a new administration, with what she takes as a clear mandate for Brexit. But even if the electorate gave a loose 52% victory to leave, that can hardly be described as a ringing endorsement for the hardest Brexit possible. That, it seems, will be what Britain gets, though, whether it likes it or not. 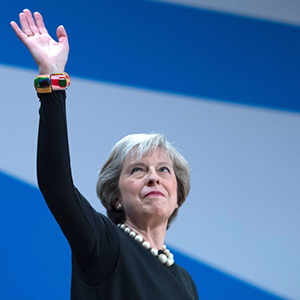