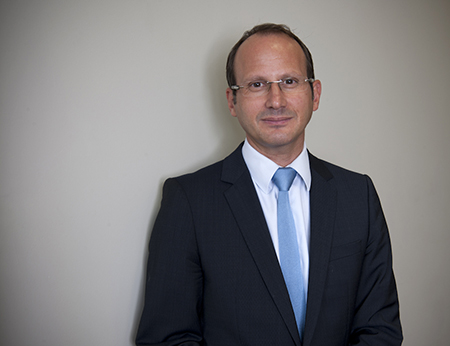 Peter Kinderman is Professor of Clinical Psychology at the University and is President of the British Psychological Society:

“For high crimes and misdemeanours in a past life, I was condemned to attend the three main Party Conferences as a representative of the British Psychological Society.

There are all kinds of reasons to be cynical, especially now. With the Liberal Democrats, despite their sincerity, the fact that they have only sufficient MPs to occupy two taxis is a constant reminder of their current relevance. This year, the Labour Party was dominated by leadership squabbles and abstract debate about their future potential for power, not, in my opinion, genuine preparation for government.

And, while the Conservatives are undeniably in power (as demonstrated by the security arrangements), that brings its own challenges for lobbyists. Apart from the constant discussion of Brexit (and what we mean when we say that “Brexit means Brexit”), if there was really any business to be done, we’d be having the conversations in Whitehall, not Birmingham, and with civil servants taking minutes… which we do anyway.

So the Party Conference scene can seem irrational. Why, then, do we attend? First, because, as I’ve said before, the decisions made by politicians are important. Really important. Laws and related policies profoundly affect our relationships.

The divorce laws, laws on same-sex marriage, pre-nuptial agreements, child-care arrangements, pension laws, benefits regulations and rules for flexible working practices all impact on relationships, and are all matters for politicians. Relationships are at the heart of psychology, and this means that we as psychologists need to be engaged in the debate. Politicians and government departments have very significant responsibilities in shaping education and employment practice.

Most education is state-funded in the UK and therefore politicians and civil servants are responsible for the range, quality and equity of education. As psychologists, we recognize these key social determinants affecting child development, and we have an obligation to be involved in these discussion.

Employment law is also very significant, and taxation rules, rules on benefits and investment decisions by government – as well as the more fundamental health of the economy – all impact on the quality of our employment and will therefore affect our wellbeing. Work that we value, and which gives our lives value, is vital to our wellbeing, and unemployment can be disastrous for our psychological health.

Through the laws it chooses to enact, the government even affects important spiritual aspects of our lives: the role of religion in our political and cultural life, the interpretation of human rights as they apply to freedom of speech and expression. Similarly, issues related to our arts, culture and leisure are, of course, matters for government, not least through planning and investment decisions. Crime and criminal justice matters are, of course, quintessentially matters for legislators.

And, finally, of course, politicians have a key role in drawing up policies and strategies in the arena of mental health. So we really do need to be engaged with politics. Second, while it’s maybe frustrating at the Conferences, there would be a cost to be paid if we were not there. For me, as a representative of a large, influential and important charity, we want to be perceived as present at the centres of power.

That’s why organisations as diverse as the Government of Gibraltar and the University of Newcastle turn up at such events – they want to project the image of close association with power and political influence and to reassure their members not so much that anything particular has been gained by a trip to Brighton, Liverpool or Birmingham, but reassurance that they haven’t given up on influencing the people with their hands on the levers of power.

Third, while it’s not necessarily easy, lobbying does work. My friend and colleague, Tor Levin Hoffgaard, President of the Norwegian Psychological Association, once contrasted the thinking styles of politicians and scientists. The scientists tend to prefer rigorous, theory-based, statistical, context-free, evidence, while politicians tend to prefer contextual, practically relevant, readily comprehensible evidence. Scientists, he suggested, tend to work to long time scales, as long s the problem demands, while politicians are dictated by the rapid electoral and news agendas.

Scientists tend to communicate in measured language, using technical terms, while politicians need clear, even catchy, messages. And while scientists are, of course, swayed by the influence of funding requirements, their reputations and career advancement, at least they pride themselves on the objectivity and validity of their findings.

Politicians focus on meeting the immediate (and longer term) needs of citizens, as well as the demands of their political parties and the media.   I like that analysis. But then I like both science and politics and I hope I can appreciate the benefit of the marriage. While I tend towards the academic approach, the political stance has merit. It is genuinely good to value contextual, readily comprehensible evidence, presented in clear and accessible language. I see little wrong in addressing issues of practical relevance, of direct interest to the needs of citizens. And I am as impatient for rapid change as the next person. The obvious response is to marry these perspectives, and to value and understand them both.

As I listened to the speeches of politicians, it’s fair to say that some of them were merely vacuous hot air, Trumpesque promises of sun-lit uplands, fluffy bunny rabbits and effortless progress consequent upon no particular discernable policies.

But I was also impressed by men and women who were passionate about improving their communities and helping their fellow citizens, who had coherent theories about what sort of change was needed, and what was required to bring that about and who were prepared to listen as well as talk. I’ve said before that psychology, because it’s about human behaviour, is the stuff of politics, and have I found that politicians tend to want to engage with the mirror of their profession – the rigorous, theory-based, statistical, evidence, gathered objectively over an appropriate time-span and reported in measured, defensible, language. But finally… politicians really do need psychologists.

We deal with irrationality… I have all my career, from studying hallucinations and delusions in my early years to political lobbying in my latter years. The British Psychological Society recently published a short report [http://www.bps.org.uk/system/files/Public%20files/IPR16.068%20Making%20better%20decisions.pdf] on irrationality in politics; a decision triggered by our observations on the questionable rationality behind Brexit and the publication of the Chilcot report into decision-making in the lead-up to the Gulf War.

One striking finding from modern psychology is the degree of irrationality in all forms of human decision-making. Hubris, confirmation biases, availability heuristics, group think… we seem to spend most of our lives making decisions that enable (are even essential for) engagement with a complex, changing, capricious world, but which are seemingly rarely completely rational. There are many sources of irrationality. We all suffer from these irrational decision-making heuristics, and I guess we all benefit from them too.

But we particularly suffer – as citizens – when our political leaders make irrational decisions. So politicians, and those who orbit the world of politics, are of course irrational. We wouldn’t want people to be automata. But it might be nice if we were able to limit politicians’ irrationality to mild eccentricity rather than the thought processes that determined [insert political outcome of your choice]. And that, in part, is why I am not, in truth ‘condemned’ to attend Party Conferences. I choose to go.” 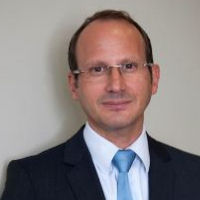