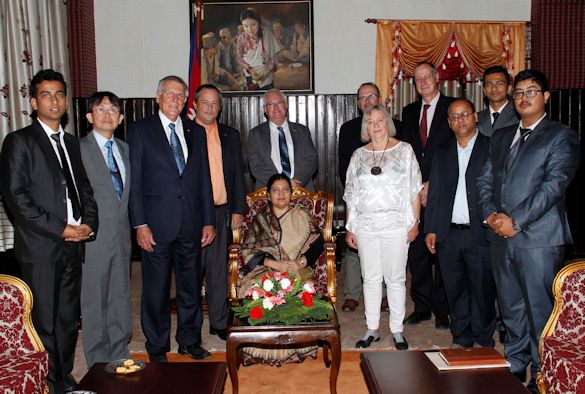 Professor Ronan McGrath is behind the lady in white. Nobel Laureate and Liverpool Honorary graduate, Professor Dan Shechtman, is 3rd from left.

Professor Ronan McGrath, Head of the School of Physical Sciences, travelled to Nepal for the 13th International Conference on Quasicrystals (ICQ-13) held in Kathmandu, Nepal:

“The sequence of events which led to my visit to Nepal actually began in 1997. In that year, our colleague, Dr Hem Raj Sharma graduated with an MSc in Physics from Tribhuvan University in Nepal. He was chosen to receive a Gold medal from the King of Nepal as the best MSc student in the country.

The presentation was postponed as he went abroad to study for his PhD. Following study periods in Italy and Germany, and a research position in Japan, he joined the University of Liverpool in 2005 as an EPSRC Advanced Fellow.

In 2013 Hem Raj together with a Japanese colleague Professor An-Pang Tsai successfully bid to host the 13th International Conference on Quasicrystals (ICQ-13) in Kathmandu on 18-23 September 2016.

On 25th April 2015 Nepal was struck by a major earthquake which caused serious loss of life and widespread destruction. After some debate, the International Advisory Board took the decision to go ahead with the meeting.

Thus ICQ13 became one of the first large international conferences to be held in Nepal after the earthquake, which meant it was very high profile locally. The presence at the meeting of Professor Dan Shechtman, 2011 Nobel Prize Winner in Chemistry (and an honorary graduate of the University of Liverpool in 2014) added to local interest. The Vice-Chancellors of the three main Nepalese universities came to the opening ceremony.

Kathmandu itself is a vast sprawling city of some 6 million people, 200,000 automobiles and 800,000 motorbikes. Earthquake damage has been efficiently dealt with. Nevertheless transport infrastructure has not kept pace with population growth, and traffic jams were normal unless travelling very early or late evening.

The conference was held in Dhulikal in the foothills above Kathmandu. On clear days we were treated to views across the valley with the Annapurna and Himalayan ranges in view. To see these magnificent peaks rising above the clouds was thrilling.

The conference itself was a great success, and I came away with several ideas for new research directions. Liverpool PhD student Sam Coates did a fine job in delivering his first conference talk, and Hem Raj Sharma proved himself an amazingly efficient and indefatigable chair. Thus the confidence of the International Board was not misplaced.

Image: View across the Dhulikel valley towards the Annapurna-Himilaya massif, the fabled “roof of the world”. 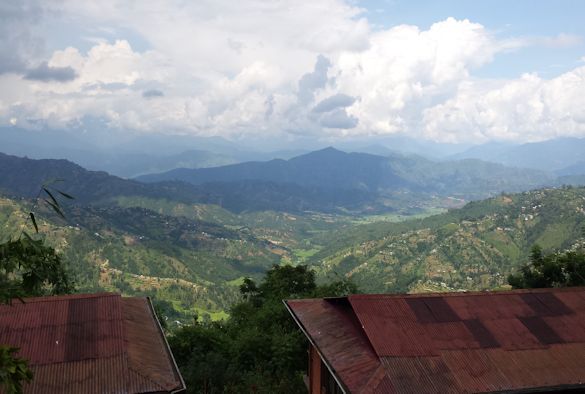 A highlight of my trip was an invitation as a representative of the International Advisory Board to meet with the Right Honourable Mrs. Bidya Devi Bhandari, President of Nepal. I hastily borrowed a tie, and was brought with a few others to the Presidential Palace, which was an oasis of calm in downtown Kathmandu.

Mrs. Bhandari does not speak English and we communicated through an interpreter. Nevertheless when I was introduced as being from the University of Liverpool UK she exclaimed “Ah, Liverpool!”. Our brand is indeed far-reaching.

As for Hem Raj’s Gold medal, sadly the King and Royal Family were massacred in a domestic tragedy in 2001. In 2008 the monarchy was abolished and a republic was formed. Hem Raj was finally presented with the medal by President Bhandari in August this year, almost 20 years later. Now as an influential member of the Nepalese Non-Resident Association, he contributes to the post-earthquake re-building and the longer term development of this exceptional country.”

Image below: Hem Raj Sharma (left) at Bhaktapur world heritage site in Kathmandu. Post earthquake structural supports can clearly be seen. The city is famous for a special type of curd called “Ju Ju dhau”. It is reputed by the curd makers that the taste of curd prepared in this location cannot be found elsewhere all over Nepal – it was surprisingly good! 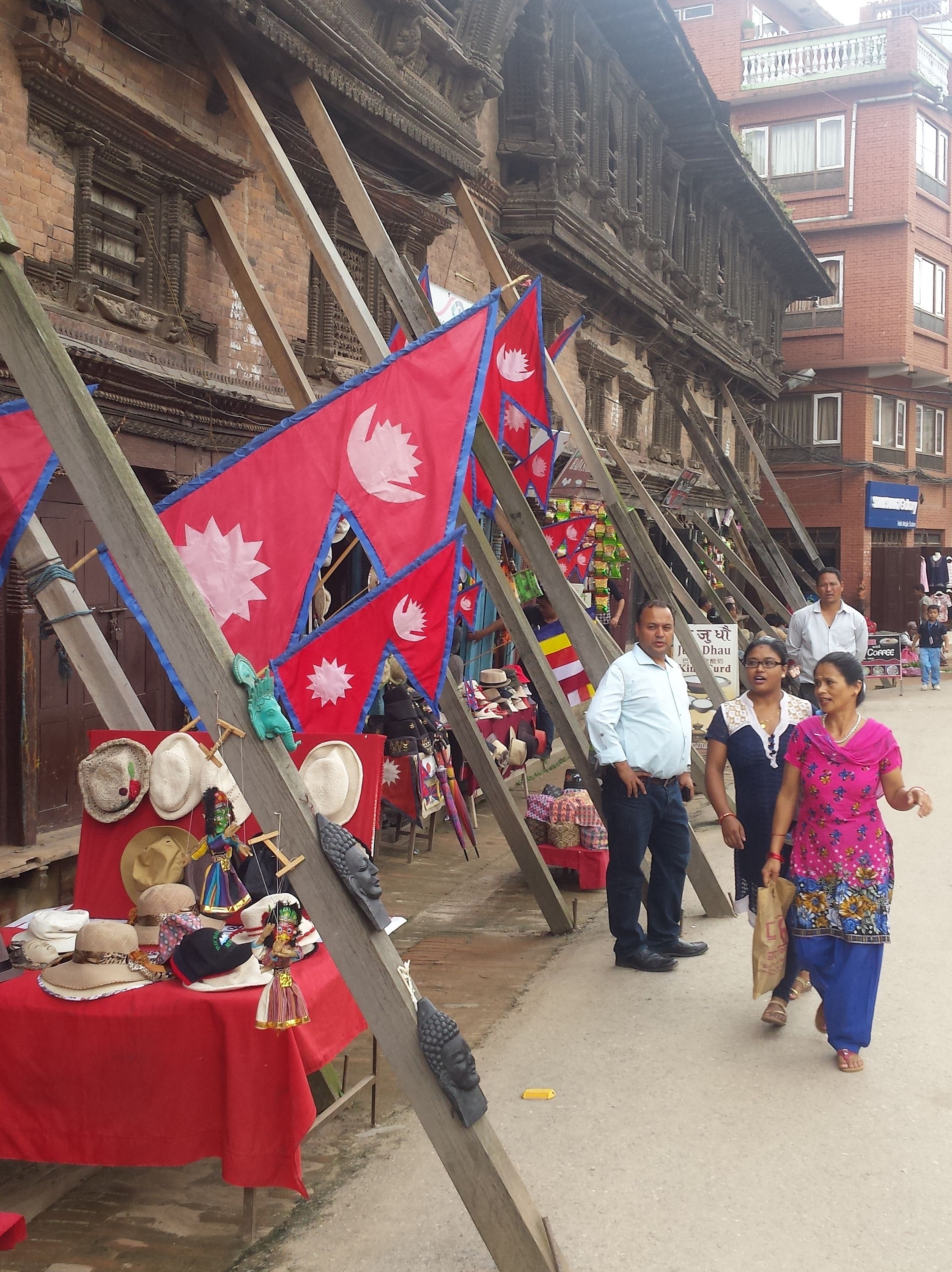 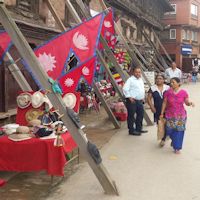