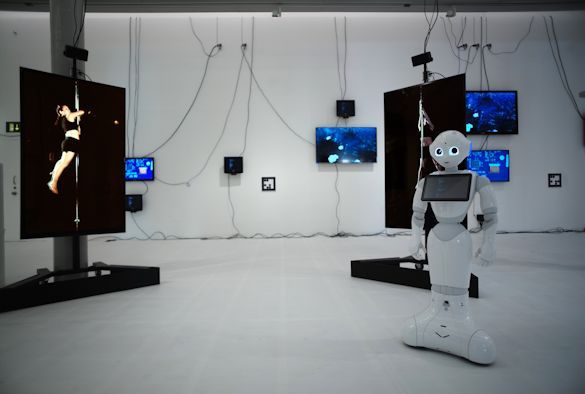 A new art installation which opens today at Tate Liverpool is benefitting from the programming expertise of computer scientists from the University of Liverpool.

Sprung a Leak, a new commission by London-based artist Cécile B. Evans, features two humanoid robots and a robot dog performing an automated play in an imagined near-future scenario. The robots have been programmed using the knowledge and skills of researchers and PhD students from the University’s Department of Computer Science.

The multi-dimensional installation explores the movement of data, artificial intelligence, and the possibilities of collaboration between humans and raises questions about the influence that new technologies have on people.

Professor Michael Fisher, Director of the University’s Centre for Autonomous Systems Technology (CAST) who led the team from the University, said: “This collaboration with Tate Liverpool brings together our knowledge and expertise in autonomous robotics with Cécile’s vision to produce an exciting new exhibit.

“Our team programmed the robots to act in the installation allowing the public to mingle with robots and visual displays. This has not only been exciting and stimulating, but hopefully provides the public with an enjoyable and more realistic view of how humans and robots can interact.”

The installation includes multi-screen synched video, robots and a fountain, among other sculptural elements in the exhibition space.

It considers the close relationship between the digital and the physical by exploring the polarity between the data leak (‘too much information’) and the information blackout.

The collaboration between the University and Tate Liverpool is the result of a new three year partnership agreement to develop a more strategic, deeper partnership and introduce new ways of working together that will increase impact, reach and scope.

It participates in the leading UK research robotics and autonomous systems programmes which are funded by the Engineering and Physical Sciences Research Council (EPSRC).

It is also leading a £1.4M EPSRC research project aiming to ensure that autonomous robots built in the future will be safer, making decisions that are ethical, safe, and legal.

Cécile B. Evans’s work Sprung a Leak opens at Tate Liverpool on Thursday 21 October and entry is free. 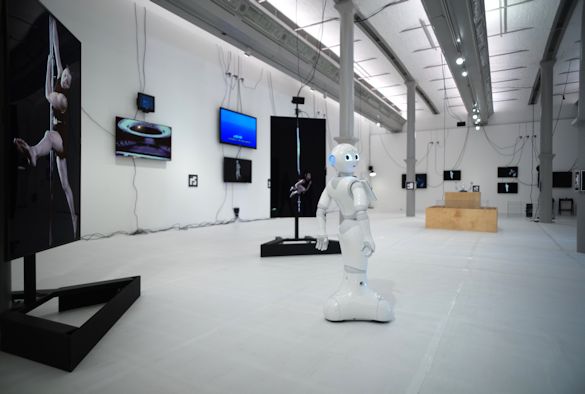 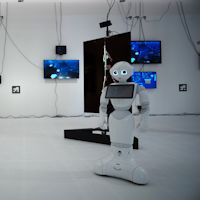