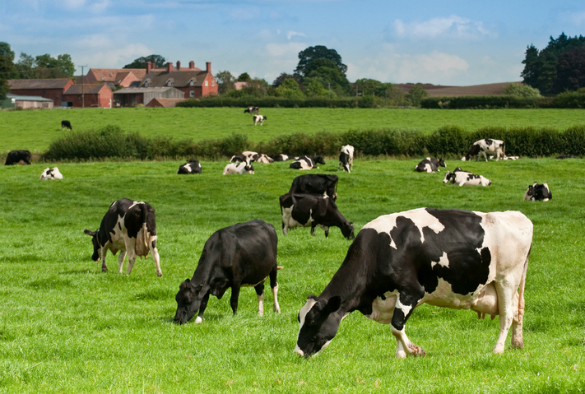 Schmallenberg virus is unlikely to be circulating in the south of England, but more needs to be done to warn vets and farmers of future disease outbreaks, a new University of Liverpool study reports.

Lack of Schmallenberg virus circulation makes governments, vets and farmers lose awareness, but decreasing herd immunity could lead to outbreaks in the years to come, the research suggests.

Schmallenberg is a midge-borne viral disease that was first identified among dairy cattle herds in Germany during 2011. The virus spread across Europe, including the UK, where all southern counties reported outbreaks between 2012 and 2013.

Schmallenberg causes mild clinical signs in adult cattle such as fever, diarrhoea and loss of milk production. In pregnant females, it can damage the fetus, leading to abortions, stillbirths and congenital defects.

High circulation of Schmallenberg virus between 2012 and 2013 in the UK was followed by a decline in 2014.

Researchers at the University of Liverpool’s Institute of Infection and Global Health wanted to know if this was a true decrease in circulation or a lack of reporting. They tested 1,444 samples from 6-12 months old sheep across 131 farms in 2015. Only 5 samples were found that tested positive, but were later confirmed by an external lab as negative by ‘gold standard’ test.

However, the researchers warn that there may be future outbreaks of Schmallenberg virus following low circulation of the virus, similar to what has been seen with bluetongue virus in France. The country was declared disease free in 2012, only for the virus to re-emerge in 2015 – most probably from wildlife.

They suggest more emphasis on surveillance of wildlife, as well as widespread trapping of midges to test large numbers of the insects, and across specific sites at high risk of possible wind transfer from Europe.

Jessica Stokes, who carried out the work as part of a BBSRC Doctoral Training Studentship, said: “Regardless of the current status of Schmallenberg virus in Europe, this study has highlighted a large, naive population susceptible to future potential outbreaks, within the south of England.

In an accompanying editorial, Nick de Regge, from the University of Ghent in Belgium, comments that the lack of significant Schmallenberg virus circulation and associated losses during the past few years means governments, veterinarians and farmers may have become less aware of this disease and might think or hope that Schmallenberg virus will disappear.

However, data for similar viruses predict otherwise, he warns. No data are currently available on the level of immunity present against Schmallenberg virus in wild populations, but it’s expected that the susceptible population will increase as herd immunity decreases.

“Five years after its initial emergence, this could shape the ideal conditions for a renewed large scale re-emergence of Schmallenberg virus that would probably be followed by a new abortion storm,” he warns.

“It seems advisable to closely monitor the situation via different surveillance techniques to allow timely warnings to veterinarians and farmers and to remind them to remain alert,” he concludes. 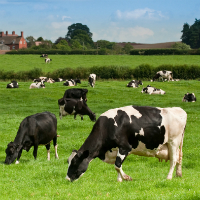