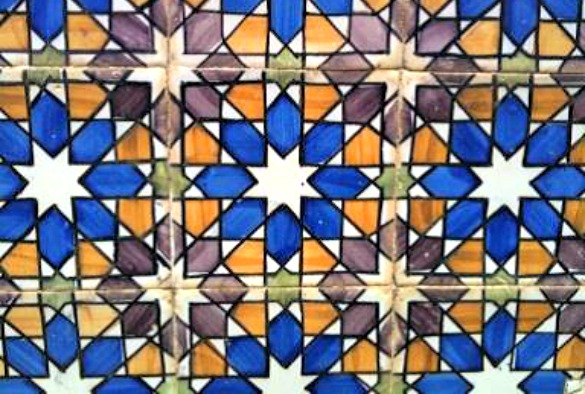 This week (Monday, 31 October to Sunday, 6 November) staff and students from the University’s Department of Modern Languages and Cultures have organised a number of events to celebrate the cultures and languages of the Iberia and Latin America: including Portuguese, Catalan, Basque, and the Spanish-speaking world as part of Iberian and Latin American Week (IBLAW).

Although originally formulated as a celebration of Iberian and Latin American cultures aimed at students, having been successful in holding events beyond the campus last year for the first time, watch out for us in different locations around the city again this year, including the Small Cinema and the Caledonia public house.

As well as activities for students, such as, translation and interpreting workshops, a Galician language taster, and a chance to learn about the language of Cumbia, there will be a number of events open to the public who are encouraged to attend to learn more about the Hispanic and Lusophone world.

Some of the highlights this year include:

A workshop and performance by Sebastian H-W,  Artist-in-Residence who will be here working on a new script of his full length show Chokolatul. This is a work that responds to the colonial, religious, and linguistic influence of chocolate making in Iberian society and its wider impact throughout European culture. This will draw on the Mexican origins of Chocolate and interrogate its transnational flows. As part of his residency and in collaboration with engage@Liverpool Sebastian H-W will give a one day practical cross-culinary workshop with students exploring his research methodology and process.

A special screening on campus of Neil White’s film ‘Yagé is Our Life’ a film about the indigenous people of Putumayo, Colombia, their relationship with Yagé (more widely known as the mind altering herbal drink, Ayahuasca), and their perceptions on the commercialisation of their traditional medicine.

A screening off campus at the Small Cinema of Alex Rivera’s ‘Sleep Dealer’ a science fiction film set in the near future and imagines a world where the Mexican-US border is completely closed and Mexican workers carry out labour in the US using remote controlled machinery and drones. There will be a roundtable held to discuss what the film has to say in the light of the proposals by the US Republican candidate, Donald Trump, that if successful he will build a wall between the two countries, and what this film says about US-Mexican relations and their interdependency.

A number of talks on Basque culture and music and Portuguese-Brazilian writing.

Salsa dancing and a performance by the Catalan group ‘Janksy’ at The Caledonia public house.

More information about the week and all of the events can be found here.

Dr Niamh Thornton, Head of Iberian and Latin American Studies, said: “With such a wide range of events, we hope there will be something for everyone and that the audience will create their own cultural encounters.

“We hope to encourage a wide range of participation especially by speakers of other languages and would be thrilled to have a strong presence from the Spanish, Portuguese, Catalan and Basque speaking communities of Liverpool.”

This year the activities have been organised in collaboration with the newly formed Americas Studies Network (ASN), a multidisciplinary network whose aim is to bring together experts in the study of the Americas.

For the full schedule of events, please visit https://www.liverpool.ac.uk/modern-languages-and-cultures/iblaw16/ To join the conversation on twitter use #IBLAW16