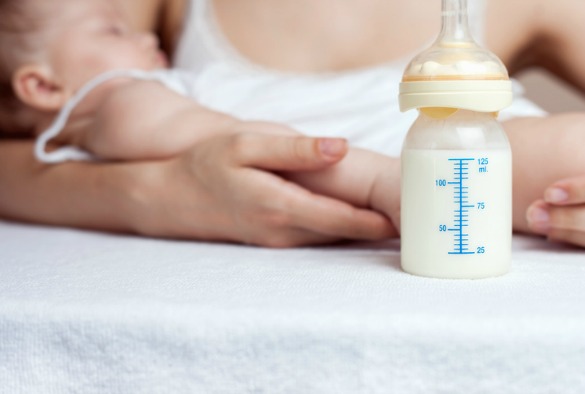 New research conducted by the University of Liverpool shows that mothers can experience negative emotions such as guilt, stigma and the need to defend their feeding choices regardless of how they feed their baby.

Researchers from the Liverpool Infant Feeding Group (LIFe) in the University’s Institute of Psychology, Health and Society, led by Dr Jo Harrold, conducted a series of studies to identify the emotional and practical experiences of mothers who exclusively breast feed, exclusively formula feed, or use a combination of both.

The studies, which have been published in the Journal of Maternal and Child Nutrition, include the experiences of more than 1600 mothers with infants up to 26 weeks-of-age. All of the mothers were asked to fill out an online survey provide answers that reflected both their emotional and practical experiences of infant feeding.

To identify differences in experiences, they were also asked how they currently fed their baby and how they planned to feed their baby during pregnancy.

In the overall sample of formula feeding mothers 67% reported feeling guilty, 68% felt stigmatized, and 76% felt the need to defend their feeding choice. Mothers who initiated exclusive breastfeeding but stopped and mothers who intended to exclusively breastfeed during pregnancy were at a much higher risk of experiencing guilt.

For breastfeeding mothers, negative emotional experiences did not occur as frequently but were still present, particularly for those who supplemented breastfeeding with formula. Interestingly, family members and breastfeeding in public appeared to be the primary external source of these emotions. Returning to work was also a common concern raised by mothers who were exclusively breastfeeding.

Further analysis of the responses from both breastfeeding and formula feeding women revealed that guilt and dissatisfaction was directly associated with how they chose to feed their babies; these emotional experiences were far more common in those supplementing or substituting with formula.

One of the study researchers Sophia Komninou, said: “Women who breastfeed feel stressed about neglecting the rest of the family and other obligations, whereas women who do not breastfeed feel a sense of guilt about feeding their child something sub-optimal. They also feel shame about having to explain to others why they are not breastfeeding which leads to them feeling like they are failing to achieve the socially constructed status of the ‘good mother’.

“The study demonstrates a link between current breastfeeding promotion strategies and the emotional state of mothers.”

Fellow researcher Victoria Fallon adds: “The ‘breast is best’ message has, in many cases, done more harm than good and we need to be very careful of the use of words in future breastfeeding promotion campaigns.

“In the UK, less than 1% of mothers exclusively breastfeed to the recommended six months. We need social reform to fully support and protect those mothers who do breastfeed, and a different approach to promotion to minimise negative emotions among the majority who don’t.”

“It is crucial that future recommendations recognize the challenges that exclusive breast feeding to six months brings and provide a more balanced and realistic target for mothers.” 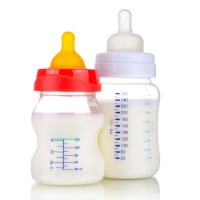