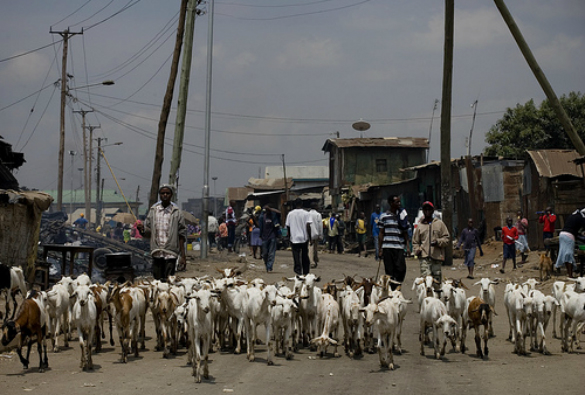 Eric Fèvre is Professor of Veterinary Infectious Diseases at the University’s Institute of Infection and Global Health.

“There are fears that Africa’s next major modern disease crisis will emerge from its cities. Like Ebola, it may well originate from animals. Understanding where it would come from and how this could happen is critical to monitoring and control.

Growth and migration are driving huge increases in the number of people living in Africa’s urban zones. More than half of Africa’s people are expected to live in cities by 2030, up from about a third in 2007.

The impact of this high rate of urbanisation on issues like planning, economics, food production and human welfare has received considerable attention. But there hasn’t been a substantive effort to address the effects on the transmission of the organisms – pathogens – that cause disease. This is despite several influential reports linking urbanisation to the risk of emerging infectious diseases.

Africa’s cities are melting pots of activity and interaction. Formal and informal trading take place side by side. The wealthy live alongside the poor, livestock alongside people and waste is poorly disposed of near food production areas.

This degree of mixing and contact creates an opportune ecological setting for pathogen transmission for a variety of bugs. Already approximately 60% of human pathogens are zoonotic. This means that three out of five human diseases are transmitted from animals. Scientists predict that this is set to increase and that about 80% of new pathogens will have zoonotic origins.

Emerging infectious diseases are a major concern to the global public health community, both in terms of disease burden and economic burden. Understanding the processes that lead to their emergence is therefore a scientific research priority.

Over the last five years I have been working with a group of researchers to understand what leads to the introduction of pathogens in urban environments and how those then emerge in the human population.

Tracking the next disease

Investigating the pathogens we already know about can help us understand the mechanisms and processes that underlie the emergence of new pathogens.

The questions that need to be addressed are:

What’s been lacking from a public health perspective are studies linking wider ecological systems – such as intensive farming systems – to disease emergence and human social organisation. Also missing are studies that investigate the diversity of micro-organisms at a genetic level in these settings – a field called microbial genetics. This kind of research is not often undertaken on a meaningful scale.

The work that we’ve been doing in Kenya’s capital Nairobi aims to go some way towards plugging this gap.

Our Urban Zoo project, funded by the UK Medical Research Council and other UK research councils, has focused on livestock as a major source of emerging zoonotic diseases. This is a critical interface as 40% of known livestock pathogens (200 species) can infect humans.

We’ve been taking a landscape genetics approach to understand how urban populations connect to livestock. This means we study the pathogens and their hosts from an ecological perspective. It’s a fascinating way to do science on a big scale. We investigate humans in different socio-economic groups, the peri-domestic wildlife that live around them, the livestock they keep and the livestock that feed them.

Our method of choice is to explore the diversity of the bacterium Escherichia coli as an exemplar. E. coli is an excellent microbe to study for this purpose. It is zoonotic, exists in many hosts and in the environment, and can be found in food products of animal origin.

We have also been:

As a global scientific community, and as providers of evidence to those who make policy, we need to be able to explain the mechanisms behind issues such as this. Only when we have achieved this will the risk of disease emergence in these settings be relevant to those responsible for mitigating its occurrence. The risks must be balanced against the benefits of allowing city environments to provide a livelihood for their residents.” 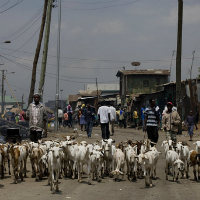