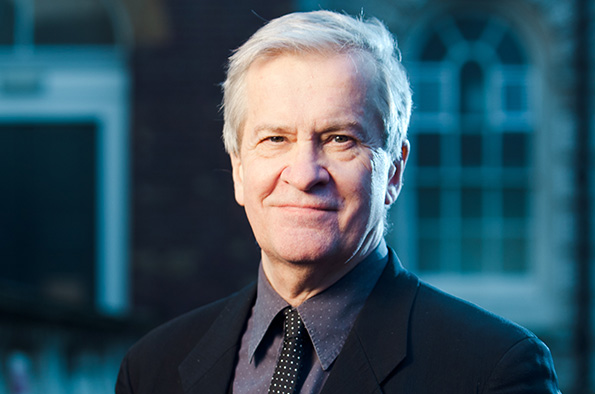 The lecture, entitled Towards La Dolce Vita is the sixth in an annual series on subjects of Italian interest made possible by a generous bequest from alumna and former lecturer in French and Italian, Lucrezia Zaina.

After studying French at St. Andrews University, Professor Richard Dyer became one of the first people to be awarded a PhD in Cultural Studies at the University of Birmingham. He taught Film Studies at Warwick University (where he was made the first full Professor of Film Studies in the UK) and currently teaches Film at King’s College London. He is a Fellow of the British Academy and has received honours from the Society for Cinema and Media Studies, University of Turku, Harvard University and the British Association of Film, Television and Screen Studies.

His lecture will examine Federico Fellini’s ground-breaking 1960 comedy drama La Dolce Vita, which put Italian cinema firmly on the world stage with its tale of hedonistic excess. Winning the Palme d’Or at the 1960 Cannes Film Festival and Oscar for Best Costumes, the film remains one of the most critically acclaimed of all time.

Professor Dyer will discuss what La Dolce Vita came out of, including news and gossip stories, Rome films (including popular films about the intertwined lives of small groups of mainly working-class Romans and tourist films such as Roman Holiday and Three Coins in the Fountain) and also the legacy of neo-realism with its emphasis on the use of non-actors, location shooting and episodic structures.

Tickets are free but booking is required. For more information and to book please visit:www.liverpool.ac.uk/events/zaina.

The lecture will be followed by an Italian themed reception from 6.45pm.