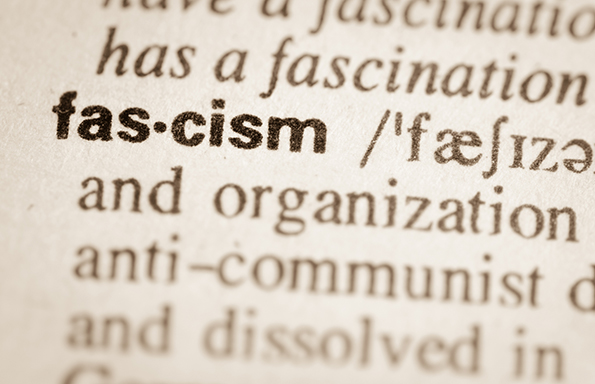 I am the daughter of a German war-bride whose family were not Jewish or anti-fascist activists but part of the quiescent population that facilitated the rise of Hitler, anti-Semitism and the Holocaust. My family background has meant I have become increasingly concerned about the similarities between 1930s Germany and 21st Century Britain.

When I was about 13 or 14 I saw a documentary on television about the concentration camps – I was horrified and wept. I couldn’t believe that my grandparents, aunties and uncles – who seemed perfectly ordinary people – could have let this happen and I struggled for understanding. Whilst I was growing up most adults told me the Holocaust happened because the Germans were Germans – it could never happen in England. But this seemed too simplistic to me even at a young age.

In 2014 I wrote ‘’Perhaps Nazism couldn’t have happened during the post war Welfare State in Britain, but conditions are very different now. Like Germany, between the wars, we have and will continue to experience grave economic circumstances for decades. Like Germany large sections of the population live in abject poverty. Like Germany, blame is placed on sections of the population who are dehumanised and held responsible for impoverishing the ‘authentic’ citizen. Like Germany, politicians who peddle this view were initially seen as bizarre and not treated seriously but disillusionment with mainstream parties increased their popular appeal.’’

Two years later, my fears have not diminished but increased. The economic circumstances of large numbers of British citizens have worsened and are likely to plummet even further as we leave the European Union (EU). Despite the fact that immigration did not cause rising poverty some New Labour and Conservative politicians have fanned the flames of anti-immigration hostility in the vain hope they could prevent voters switching to the extreme right UK Independence Party (UKIP). Notwithstanding the murder of the Labour MP Jo Cox by an apparent right- wing fanatic a few brave politicians from all parties are now publicly challenging this narrative as Home Office statistics show racist attacks have risen by 41% since the referendum vote to leave the EU in June 2016. Nigel Farage, acting leader of UKIP, has acquired enhanced legitimacy since Brexit and is the first, and so far the only, British politician to meet with the new President elect of the US, Donald Trump. There is major concern in the US and across the world about the election of Trump, who has consistently voiced racist, homophobic and misogynist opinions. As yet, however, he has not had the opportunity to enact the repressive measures he proposes but here in Britain legislation has already begun to undermine civil liberties and protections.

The PREVENT anti-radicalisation policy enshrined in the Counter-Terrorism and Security Act 2015 has been criticised by the recent cross party Commons and Lords Joint Select Committee on Human Rights (2016). Their report recommends a reconsideration of PREVENT and argues against any further legislation. Concerns listed include the danger of suppressing views with which the government disagrees; an unfair focus on all Muslims; a conflict with academic freedom to explore new or controversial ideas and proposals to criminalise ‘extremism’ which is ill-defined. The Data Retention and Investigatory Powers Act 2016 forces all communications companies such as BT and Sky to collect and hand over to government an individual’s online activity including personal emails, bank details, health information and so on. Data will be accessed by police and government departments without any suspicion of a person’s wrong doing or their knowledge.

It is important to remember that Hitler and the Nazi party initially acquired power legitimately and the established legal system was utilised from the beginning to facilitate fascism. Hitler was appointed Chancellor of Germany in January 1933, in March the Nazis increased their share of the vote in the Reichstag elections to 44%, and later that month a law was passed giving Hitler dictatorial powers to make laws without approval from parliament. By 1934 Hitler was head of State and by 1935 the Nuremberg Laws deprived all Jews of citizenship. Whilst it is true that at the moment there is no charismatic fascist politician in Britain likely to win power in the way Trump has in the US contemporary debates and institutions in Britain echo the political direction of Germany in the 1930s. The final judgement in the current legal battles as to whether the PM alone can negotiate the terms of Brexit or whether parliament has sovereignty will set crucial precedents. Whilst Britain does not overtly imprison dissidents in camps, Yarlswood Detention Centre in England has attracted widespread and international condemnation for its treatment and abuse of asylum-seekers.

As part of the post WWII generation I have always felt it is crucial to be alert to any signs of fascism in Britain as Hitler’s rise to power has shown legitimate political and legal systems can be swiftly colonised and used to facilitate genocide. Fortunately, the British Labour Party voting system for party leader (unintended by those who crafted it) ensured that the popular candidate won twice on policies that are anti-racist; anti-sexist; anti-austerity; anti-poverty; and pro-peace. But there are no heroes to step in and relieve us of our personal responsibilities for what happens to other human beings. The conditions ripe for a rise in fascism can only be resisted through personal and collective challenge of the removal of our liberties and rights and the manifestations of inhumanity that have become enshrined in our laws and policies. 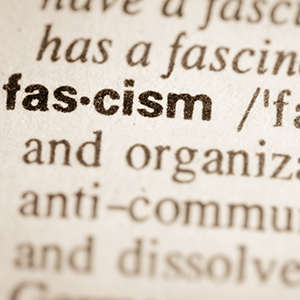