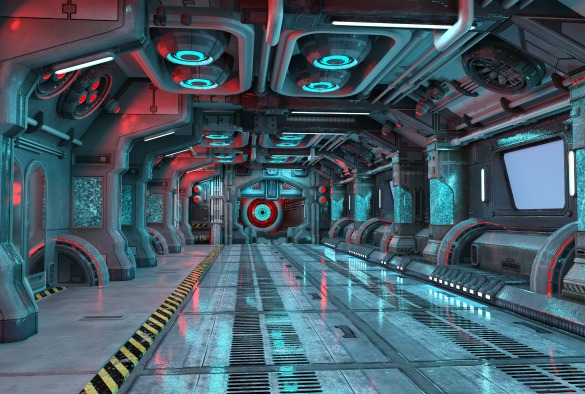 Dr Aoife Daly is a Senior Lecturer and Deputy Director of the European Children’s Rights Unit at the University’s School of Law and Social Justice:

“The recent case of Re JS (Disposal of Body) has received much media attention because a dying teenager opted for cryogenic freezing arrangements for her body on death, in the hope that she might later be revived. The possibilities and ethics surrounding futuristic scientific technologies were evoked in this case, with both the court (to a limited extent) and subsequent news coverage engaging with difficult questions about the likelihood of success of such a procedure, and the kind of experience a child might have if it were to work. The legal question, however, was not whether cryogenic freezing is acceptable, it was a ‘best interest of the child’ assessment about which parent would be responsible for the body of their child on her death. JS’s father, whom she had not seen in eight years – most of her short life – did not like the idea of cryogenic freezing. He also wished to view her body after death, something to which JS was vehemently opposed (and very distressed about).

The most important issue in this case then was that the mature, competent child in question is not simply assumed to have autonomy from the outset on such intimate questions concerning bodily integrity and family relationships. The court ultimately made a decision in line with JS’s wishes – that her mother, who supported JS’s plans for her body, would take responsibility for her body after death. But the end does not justify the means. It should have been JS, not the court, who had the power to make the decision in the first place.

The Gillick case essentially determined in 1985 that competent children can make their own medical decisions without parental consent. This principle is sometimes relied upon in other areas of the law, which is relevant as JS was not really about medical consent. But unfortunately Gillick is little understood and inconsistently applied in either medical or other matters for various reasons, including a lack of guidance on what constitutes ‘competence’. Therefore there appears to be no presumption that the Gillick approach will be taken in a given case. As JS shows, parents, even long-estranged ones, are understood to have legal power to interfere in the decisions of competent children about their own bodies (JS appeared ‘Gillick competent’ though the judgment doesn’t go into this). If there was greater legal clarity on the point that children in this position get to decide the matter themselves, such proceedings would not have to happen. Parents such as the father in JS would understand that they would not win such a case.

There were problems on many legal fronts in this case – the inability of under-18s to make wills, for example, and the status of parental responsibility (a parent’s legal authority over their child) being retained in circumstances where there has been estrangement for eight years. But if there was greater clarity about a presumption in favour of children’s wishes, other legal problems would decrease in significance. JS’s father played no role in her life, and in spite of this she had to resort to the courts to resist his attempts to dictate matters concerning her body, although according to Gillick she had, on the face of it, the right to simply decide for herself. The uncertainty made it necessary.

It must be acknowledged that the judgment is sensitive, nuanced and respectful about JS’s position. Judge Peter Jackson sympathised strongly with the girl, emphasising that the case was not about judging the wisdom of her wishes concerning cryogenic preservation. Although the case is therefore a positive outcome for a child with strong wishes, it ultimately reminds us that courts exercise enormous discretion concerning whether children’s views are to be given any weight. Though JS’s wish was upheld, children’s decisions are overridden in many other cases on children’s welfare, especially where they incline against popular assumptions, such as the value of contact with parents in all circumstances (even where there is domestic violence) and the mainstream emphasis on the value of inoculations (a court ordered that a 15 year old girl receive inoculations in 2013). If the state interfered in such decisions for adults, it would be considered a grave breach of rights, yet it is acceptable to enforce outcomes on children in these circumstances.

What is the solution to this? The principle in Gillick should be put on a statutory footing to clarify to all – society and courts alike – that competent children get to make their own decisions where legal disputes arise or are likely to arise. Exceptions could of course be made where clear parental manipulation or other harm was at play. This is not to say that children should get to tell parents what to do – issues such as that in JS arise when normal family relations have broken down, and usually come to the courts where there is a dispute between parents, not because precocious children are trying to dictate matters. Furthermore, many children are perfectly happy with adults making decisions on their behalf and just want to be heard by their parents and/or the court. However in a minority of cases children such as JS have strong views indeed and are very clear on the outcome that they want.

With greater clarity for children, parents, courts, medical professionals and others about a presumption in favour of the views of competent children, matters such as the treatment of the body of a dying teenager would be far less likely to end up in court. JS, who died shortly after proceedings, could have been saved much distress in her final months.”