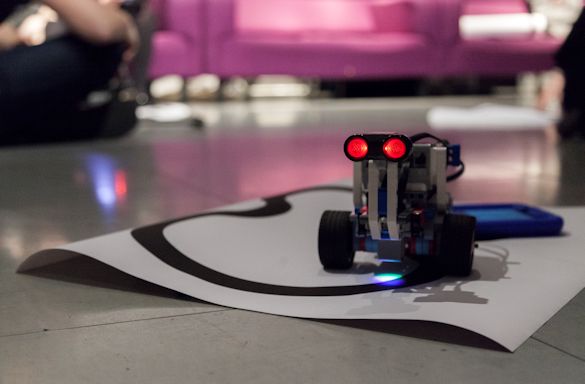 Computer Scientists, who developed the Lego Rovers activity have launched an app (http://legorovers.csc.liv.ac.uk) so that people can use in their own homes and for teachers can

The Lego Robots activity was developed by  to introduce concepts from Artificial Intelligence, Robotics and Space Science to children between the ages of 7 and 13.

It is themed around Planetary Rovers such as Mars Curiosity and invites children to imagine what is like to control a robot on another planet and introduces them to some of the challenges and solutions for autonomous systems.

Anyone with a LEGO EV3 Robot Set and an Android tablet can download the app and use it.  The code for the robot comes on an SD card which users can create themselves or they can request a free one be sent out to them.  The app comes with an activity workbook for children and a parent/teacher guide.

Dr Louise Dennis, from the University’s Centre for Autonomous Systems Technologies, said:  “We developed our app so that parents and children with a Lego EV3 robot can have fun doing the activity together.  It will also be great to offer schools as an alternative to scheduling a visit from our team, which isn’t always possible.”

The app was launched at an event on the Victoria Gallery & Museum organised as part of EU Robotics Week which aims to inspire students of all ages to choose an education in technology and to pursue careers in STEM-related subjects.

Dr Dennis first started using Lego Robots four years ago to enthuse children about space exploration, artificial intelligence and programming.  At the time she only had three robots and the activity had to be run from bulky laptops perched on desks or benches.

Dr Dennis added: “Teachers would often tell me that their school already had a set of these robots and ask how they could run the activity themselves.”

“Sadly, at the time there was a complicated installation process required and it was obvious that most teachers were far too busy to attempt to get to grips with it.”

Thanks to a grant from the Strategic Technology Facilities Council, Dr Dennis was able to purchase more robots, expand the scope of the activity and most importantly create a version of it that worked as an Android app making it much more portable.

The activity has since been taken into many more schools in the Liverpool and Manchester areas as well as appearing at Cheltenham Science Festival and in activities at the Victoria Gallery & Museum, World Museum, FACT and Daresbury Labs.

The app is available from the Lego Rovers website (http://legorovers.csc.liv.ac.uk). 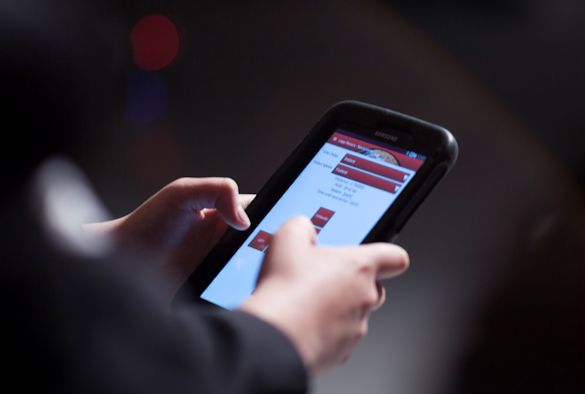