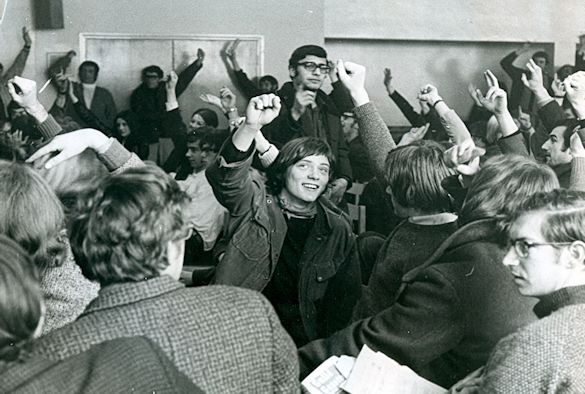 Pete Cresswell came to Liverpool in 1967 to study Political Theory at the University. In 1970, he was part of a student protest against the then Chancellor, Lord Salisbury, and the University’s investments in South Africa, culminating in a two week occupation of the Senate House, the University’s administration building.

Pete was expelled for his part in this protest and nine other students – including Channel 4 News presenter Jon Snow – were suspended.   After his expulsion, Pete stayed in Liverpool and qualified as a social worker holding a variety of posts with Liverpool City Council and in independent roles until his retirement from the Care Quality Commission in 2011.

Born in Liverpool in 1935, April Ashley MBE, is a former Vogue model, actress and restaurateur who became one of the world’s most famous transgender individuals. She was instrumental in lobbying the government to pass the Gender Recognition Act in 2004 and in 2012 she was appointed an MBE for services to transgender equality. An exhibition of her life ‘April Ashley: Portrait of a Lady’ held at the Museum of Liverpool attracted more than 1.3 million people.

Phil Scraton is Professor of Criminology in the School of Law, Queen’s University, Belfast. He was a member of the Hillsborough Independent Panel between 2010 and 2012 and primary author of Hillsborough: The Report of the Independent Panel (2012). In September 2016, he was awarded the Freedom of the City of Liverpool for his work on Hillsborough, and other contributions to research in the city.

Jean-Luc Courcoult is Director of Royal De Luxe, a French mechanical puppeteer street theatre company who brought the unique Giant Spectacular to Liverpool in 2012 and 2014. He was born in Paris in 1955 and became interested in theatre during his teens. In 1979 he formed the creative partnership with Didier Gallot-Lavallée and Véronique Loève that became Royal De Luxe.

Paul Lewis CBE is internationally regarded as one of the leading musicians of his generation. Born in Huyton, he won a place at Chetham’s School of Music in Manchester before going on to the Guildhall in London. He performs regularly as a soloist with the world’s great orchestras and is a frequent guest at the most prestigious international festivals, including Lucerne, Mostly Mozart in New York and London’s BBC Proms where in 2010 he became the first pianist to perform a complete Beethoven piano concerto cycle in one season.

The honorary degrees will be conferred at ceremonies on Wednesday, 7 and Thursday, 8 December 2016 ceremonies at the Liverpool Philharmonic Hall. 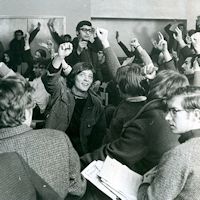