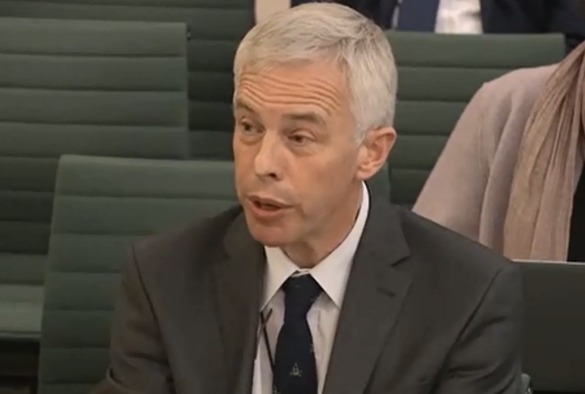 Professor Simon Capewell is Vice-President for policy for the UK Faculty of Public Health and a professor of clinical epidemiology at the University. Professor Capewell is also a trustee for the UK Health Forum for Heart of Mersey and a founder member of Action on Sugar.

“The term “nanny state” is often used pejoratively but it can also describe a safe and healthy environment for our children and families, as invoked by the use of “nanny” to describe a grandmother or professional carer. To fulfil our potential, we each depend on Maslow’s “pyramid of needs”: esteem, love, affection, and belonging to a group.

These in turn depend on a foundation of physical safety, shelter, health, food, water, and sleep.1 In rich countries, we take these health determinants for granted—for example, with clean drinking water, drains, unpolluted air, car seatbelts, safe planes, immunisations, and smoke-free environments.

However, in countries without such regulation and legislation, these crucial determinants of health are not guaranteed, and the strong are then free to exploit the weak.

Conversely, upstream interventions such as regulation, taxation, or mandatory reformulation represent much more powerful structural actions that make the environment safer and healthier. This “effectiveness hierarchy” is evidenced by public health successes in controlling tobacco, alcohol, and harmful dietary nutrients such as salt, sugar, and fats. For instance, use of industrial trans fats in food products has only been modestly decreased in the UK by downstream advice, education, and labelling. In Denmark, however, upstream measures underpinned by legislation have effectively eliminated this food toxin.

Opposition to the nanny state from free marketeers, libertarians, or vested interests can be aggressive. Five corporations sell most of the world’s tobacco, and 10 transnational corporations produce most of our packaged food. They all have just one key objective: to maximise profit for shareholders. These corporations thus drive “the non-communicable disease pandemic” caused by tobacco, alcohol, and processed food and drink.

The World Health Organization’s head, Margaret Chan, recently concluded: “it is not just Big Tobacco anymore. Public health must also contend with Big Food, Big Soda, and Big Alcohol. All of these industries fear regulation, and protect themselves by using the same tactics. They include front groups, lobbies, promises of self-regulation, lawsuits, and industry-funded research that confuses the evidence and keeps the public in doubt.”

Their three main arguments emphasise the primacy of individual autonomy, dispute the effectiveness of proposed public health interventions, or allege harms to the economy. However, these arguments are flawed and easily trumped by the four ethical principles of public health: justice, service, community, and knowledge. For instance, a sugary drinks tax is a simple but powerful way of helping children consume less sugar and stay healthy. Despite industry protests, this tax is now supported by some 70% of the UK public. The public thus implicitly endorses these ethical principles and agrees that the government has a duty of care to its citizens, particularly children.

As Janet Hoek, a marketing professor, said, “rather than depriving individuals of freedoms, state intervention maintains and defends those freedoms against commercial interests, which
potentially pose a much greater threat to free and informed choice.”

Cicero famously asserted: “The welfare of the people shall be the supreme law.” Quite so. The nanny state means ensuring a healthy environment for us all. It underpins every health determinant in Maslow’s pyramid. Only then can we and our families enjoy our health and fulfil our true potential. The nanny state is not a luxury or a naive socialist aspiration. It is essential for the optimal health of every person on this planet.”

The above is an extract from the British Medical Journal article ‘Head to Head’ which also has Richard Lilford from the University of Warwick arguing that restricting adults’ choice can undermine health. The article can be found here. 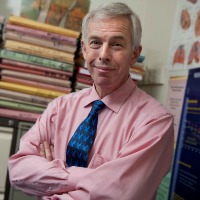