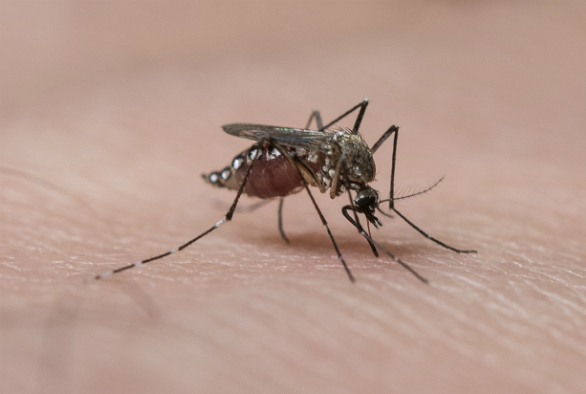 Scientists at the University of Liverpool have shown that a change in weather patterns, brought on by the ‘Godzilla’ El Niño of 2015, fuelled the Zika outbreak in South America.

The findings were revealed using a new epidemiological model that looked at how climate affects the spread of Zika virus by both of its major vectors, the yellow fever mosquito (Aedes aegypti) and the Asian tiger mosquito (Aedes albopictus).

The model can also be used to predict the risk of future outbreaks, and help public health officials tailor mosquito control measures and travel advice.

The model used the worldwide distribution of both vectors as well as temperature-dependent factors, such as mosquito biting rates, mortality rates and viral development rates within mosquitoes, to predict the effect of climate on virus transmission. It found that in 2015, when the Zika outbreak occurred, the risk of transmission was greatest in South America.

The researchers believe that this was likely due to a combination of El Niño – a naturally occurring phenomenon that sees above-normal temperatures in the Pacific Ocean and causes extreme weather around the world – and climate change, creating conducive conditions for the mosquito vectors.

El Niños occur every three to seven years in varying intensity, with the 2015 El Niño, nicknamed the ‘Godzilla’, one of the strongest on record. Effects can include severe drought, heavy rains and temperature rises at global scale.

Dr Cyril Caminade, a population and epidemiology researcher who led the work, said: “It’s thought that the Zika virus probably arrived in Brazil from Southeast Asia or the Pacific islands in 2013.

“However, our model suggests that it was temperature conditions related to the 2015 El Niño that played a key role in igniting the outbreak – almost two years after the virus was believed to be introduced on the continent.”

“In addition to El Niño, other critical factors might have played a role in the amplification of the outbreak, such as the non-exposed South American population, the risk posed by travel and trade, the virulence of the Zika virus strain and co-infections with other viruses such as dengue.”

The World Health Organisation recently declared that Zika, which has been linked to birth defects and neurological complications, will no longer be treated as an international emergency, but as a “significant enduring public health challenge.”

Professor Matthew Baylis, from the University’s Institute of Infection and Global Health, added: “Zika is not going away, and so the development of tools that could help predict potential future outbreaks and spread are extremely important.

“Our model predicts a potential seasonal transmission risk for Zika virus, in the south eastern United States, southern China, and to a lesser extent over southern Europe during summer.”

The researchers now plan to adapt the model to other important flaviviruses, such as Chikungunya and Dengue fever, with the aim of developing disease early warning systems that could help public health officials prepare for, or even prevent, future outbreaks.

The research was funded by the National Institute for Health Research (NIHR) Health Protection Research Unit (HPRU) in Emerging and Zoonotic Infections, a collaboration between the University of Liverpool, Liverpool School of Tropical Medicine and Public Health England.

The paper ‘Global risk model for vector-borne transmission of Zika virus reveals the role of El Niño 2015’ is published in the Proceedings of the National Academy of Sciences [doi: 10.1073/pnas.1614303114]. 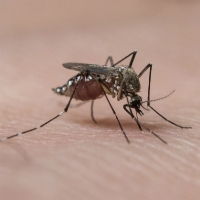