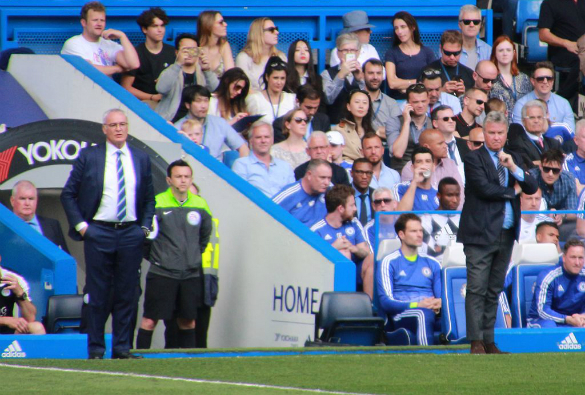 Dr Babatunde Buraimo is a Senior Lecturer in Sports Management and Economics and Director of Studies, Football Industries MBA.

Leicester City’s plight and turmoil has only slightly improved with their win over Liverpool. Their 3-1 win at home offers respite from the season’s current turmoil and improves the club’s chances of maintaining its position among the 20 elite clubs of English league football. Can Leicester avoid being the first Champions of the English Premier League to be demoted or might they be the first defending champions to be relegated?

The audiences for Leicester City’s match against Liverpool were no doubt presented with increased drama beyond the normal spectacle. The match was no longer limited to the regular interest in league standings and the quality of the two teams’ players. Additionally on offer were the presence of Craig Shakespeare, the caretaker manager of the troubled team, and the absence of Claudio Ranieri. The dismissal of Ranieri has not only split the club’s fans and the football community but has also again raised the question of loyalty within the game given the high dismissals; the average tenure of dismissed managers in English football in the 2015-16 season was 1.23 years and in this same season, 58 managers were dismissed.

Whilst many commentators question the loyalty of owners towards their manager, perhaps the sacking of Claudio Ranieri is far from surprising. The team’s performances across all competitions have been mixed but more importantly, the performances in the Premier League are of concern. This is not because of the deviation between last season’s success and this season’s performance, but because of the likelihood of relegation from the world’s richest football league.

So was the club right to sack Claudio Ranieri? Perhaps a different question should be posed: will Claudio Ranieri’s sacking make a difference to Leicester City’s plight and ambition to stay in the League? This is not an easy question to address given the absence of the counter factual but possible answers can in part be found in the academic research on managerial turnover and dismissals. This research asks many questions such as, does sacking (and replacing) a manager improve organisational success? Does sacking a manager mid-season improve performance? Is there an optimum time to dismiss a football manager? There are even models that will predict the likelihood of managers being dismissed and when such dismissal will occur. The above are just some of the questions and issues addressed in this literature. Professor David Forrest and Dr Juan De Dios Tena Horrillo of the University of Liverpool Management School have published extensively on the economics of sport including managerial turnovers and dismissals.

As to whether Leicester City football club’s performances in the Premier League will improve following Claudio Ranieri’s departure, what does the literature offer? Forrest and Tena examine the case of Argentine and Spanish League football and have had their findings in the European Journal of Operational Research. For Spain, they found some marginal improvement in home (but not away) games following a dismissal. For Argentina, the average club got nothing at all out of dismissing the manager.

Leicester City now have 12 matches in this season’s Premier League campaign and six of these are at home. It could well be that an improvement in home form is enough to maintain membership of the English Premier League. This might be the good news for the club. The bad news is that like Forrest and Tena’s study of Argentine league football, some studies have found no improvement in performance following a dismissal and instead found that dismissals lead to a greater variance in performance but not an improvement on average. This implies that the expected gains may be zero but the sacking might pay off in terms of preserving status and revenue.

Given some of the evidence, is the sacking of Claudio Ranieri rational? With less than a third of the season remaining, improvements in form is the difference between being able to continually extract the millions of pounds from Premier League membership or the relative poverty of tier 2 football. Even if dismissals are not positively correlated with improvements in performance, perhaps the club can note that it at least acted. Such is the social pressure around football, this has no doubt contributed to the decision making process. From the club’s perspective, it might seem better to act and fail than to do nothing and fail. 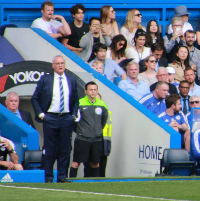 One thought on “Is sacking a football manager rational?”