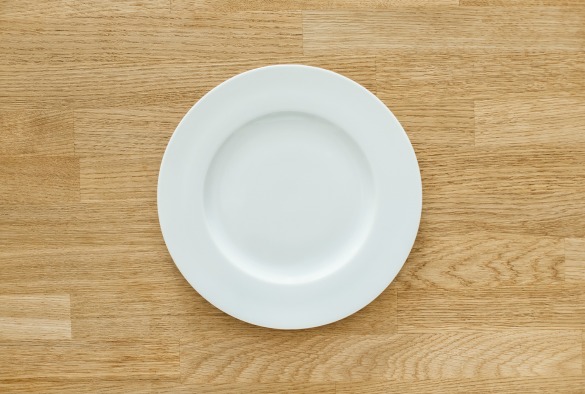 Dr Eric Robinson from the University’s Institute of Psychology, Health and Society challenges the possible ‘solutions’ to obesity as put forward by the Channel 4 programme ‘Food unwrapped’ this week.

“Dependent on how you spend your Monday evenings you may have caught Channel 4’s Food Unwrapped on TV. The programme covered two topics of interest to me; portion sizes and plate sizes.

There is evidence that portion sizes of commercially provided foods have increased over time and the programme covered this story. One of the main reasons this is of relevance to public health is because there is also now compelling evidence that the amount of food you are served or provided with reliably affects how much you eat – and that larger portions appear to cause most people to eat more. Our modern day “obesity epidemic” is thought to have been caused primarily by an increase in how much we are eating. So this is important stuff.

The other topic covered by Food Unwrapped, however, is a pet hate of mine: plate size. There is a commonly held belief that using smaller plates reduces the amount of food that people eat. It sounds plausible; when you use a smaller plate, you serve yourself less and because of this you end up eating less. Right?

I became interested in the magic of smaller plates after reading an article that discussed some of the research on smaller plates but neglected to mention a number of studies that had found that smaller plates did not reduce how much people ate. Not long after that a team of us reviewed and analysed all available studies that addressed this question.

Now back to Food Unwrapped. The programme tried a similar experiment to the one that we did and what did they find? Again, like us they found no evidence to suggest that giving people smaller plates reduced how much they ate – instead they appeared to find the opposite – participants ate about twice as much when dining with smaller as opposed to larger plates.

Why might smaller plates not reduce how much people eat? One good guess is because if you are using a smaller plate you may initially serve yourself a little less but then go back for second helpings – you do have a small plate after all.

Rather worryingly though, at the end of the episode we were reassured that there is still clear evidence that smaller plates do make people eat less and Food Unwrapped’s experiment must have been a fluke.

The idea that simply giving people smaller plates to eat from will magically reduce how much they eat is an idea that may never die (indeed the Food Unwrapped programme was a repeat of an episode first shown in 2016). But it should do. This is because we need to make sure that we are taking aim at the types of environmental factors that can reliably help people eat more healthily.

So what should we be sizing up? There is now accumulating evidence that if the food industry made substantial reductions to the number of calories in popular food and drink products then we would be eating less as a nation. Making this kind of change happen will of course be more difficult than simply telling the general public to eat from miniature plates, but if we are to tackle obesity effectively then it is a change that must happen.”

This article was originally published by The Conversation and can be found here. 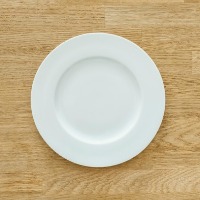