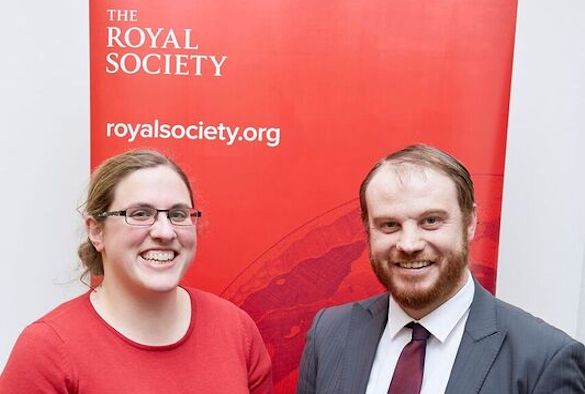 Ian Sandall, from the Department of Electrical Engineering and Electronics, spent a week in Westminster shadowing Dr Elena Ollett, Scientist at the Home Office Centre for Applied Science and Technology (CAST), as part of the Royal Society’s Pairing Scheme (RSPS).

The scheme builds links and understanding between parliamentarians, civil servants and UK scientists and offers the opportunity to become more informed as to how science and research are used to influence policy decisions.

Dr Sandall said: “I found it fascinating to be able to sit in on debates and committee meetings as this really showed how seriously Science and Evidence is treated by many people in Westminster and is crucial to being able to make effective policy. I found this particularly encouraging in the so called post-truth age.”

“It was also a great opportunity to visit CAST and see how they undertake research in a different environment from academia and how they are trying to solve a range of problems for the police and border agencies.

“They work on a wide range of activities including: machine learning, image processing, mechanical and chemical engineering and contraband detection at borders; where they are trying to detect everything from drugs to lions entering the country illegally! I found there activities on detecting drugs and explosives entering the country particularly useful as this has been a focus of research for me previously”

“The scheme also allowed me the opportunity to meet and interact with scientists from a wide range of disciplines and backgrounds opening up some interesting new research questions and potential collaborations as well as some lasting friendships.

As part of the scheme Dr Ollett paid a return visit to Liverpool where she spent a day in the department of electrical engineering and electronics, meeting with various academics and viewing facilities.

Dr Ollett added: “I found the RSPS an invaluable experience to gain networking opportunities and also to understand different areas of work to my own and see how they could be implemented into new technology for government use. I thoroughly enjoyed my visit to the University; everyone was incredibly accommodating which made the day even better. I particularly enjoyed seeing some of the project work being done and identifying alternative uses for the technology.

I hope to maintain the strong link I have built with the University of Liverpool in order to expand on opportunities for others, including encouraging placement students and driving final year projects.”