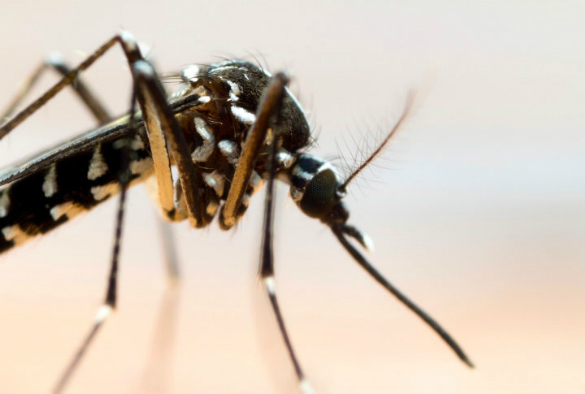 A group of researchers investigating yellow fever, in 1947, discovered a new virus in a sick monkey – the Zika virus. The researchers probably never imagined that nearly 70 years later this virus would rapidly spread across several continents, forcing the World Health Organisation to declare the Zika epidemic a “public health emergency of international concern”.

Zika is a small RNA virus, considered to be the cousin of other well-known viruses such as dengue, yellow fever and Japanese encephalitis. It is transmitted by the bite of an infected Aedes aegypti mosquito, which can also transmit other related viruses such as chikungunya.

During the epidemic, we learned that Zika can also be transmitted through sexual contact and, in exceptional cases, through bodily fluids such as tears. It is estimated that around 80% of people infected with the Zika virus experience no symptoms or suffer a very mild disease (low-grade fever, skin rash and muscle pain). But Zika became infamous when it was discovered to be associated with a dramatic increase in babies born with microcephaly (an abnormally small head) in Brazil, and in adults developing Guillain-Barré syndrome.

In recent months, there has been a decline in news coverage, but here are four reasons why we shouldn’t forget about Zika.

1. The epidemic is not over

Transmission of the Zika virus continues in 79 countries on five different continents: Africa, Asia, Oceania, and North and South America. To date, only five places have managed to eradicate Zika: French Polynesia, the Cook Islands, Isla de Pascua (Chile), New Caledonia and Vanuatu. And according to the WHO, another 64 countries are at risk of Zika because they have well-established populations of Aedes aegypti mosquitoes.

Since the US Center for Disease Control (CDC) confirmed that Zika causes microcephaly in 2016, we have discovered that Zika crosses the placenta during pregnancy and infects unborn babies causing a wide range of health problems including seizures, calcifications in the brain, eye abnormalities, feeding difficulties and problems with the heart, genitals, urinary and digestive systems. These complications have been named “congenital Zika virus syndrome”.

In a few cases, a Zika infection can lead to a miscarriage or cause the newborn infant to die. Unfortunately, the exact spectrum of damage that the Zika virus may cause in newborns is still unknown as some nerve damage may only become apparent in later in life.

For most people, being infected by Zika is like having a mild case of flu coupled with a rash. The symptoms usually clear up in three to four days. But in a few cases, Zika can also cause severe nerve damage, as noted during the outbreak in French Polynesia in 2014. In this instance, Zika triggers Guillain-Barré syndrome, a disorder in which a person’s immune system attacks their peripheral nerves (the nerves outside your brain and spinal cord). This can cause movement problems in the limbs or even death if the nerves connected to the muscles in the chest and respiratory system are affected.

4. The social impact of Zika has been devastating

Zika virus had – and continues to have – a devastating impact on pregnant women and their babies. In response to this, governments from countries such as Colombia, Jamaica and Ecuador advised women to avoid pregnancy for many months – an impractical plan for many as around 40% of pregnancies worldwide are unplanned. Abortion is also illegal or highly restricted in many countries affected by Zika virus, leaving vulnerable women with few options. This led to an increase in illegal abortions in Latin America, with severe risks for the health of the mother.

It’s also difficult to imagine the stress and trauma that pregnant women and their families felt in the middle of an epidemic of a scary new virus reportedly creating malformations in babies. Families affected also faced stigma and segregation from their communities.

Since the Rio Olympic Games in August last year, media coverage of Zika has slowed to a trickle. However, scientists, doctors, politicians and the public must not forget about the threat of this dangerous virus and about the millions of people affected. The Zika crisis is far from over and we ought to keep fighting for its eradication.

The article was originally published on The Conversation. Read the original article.