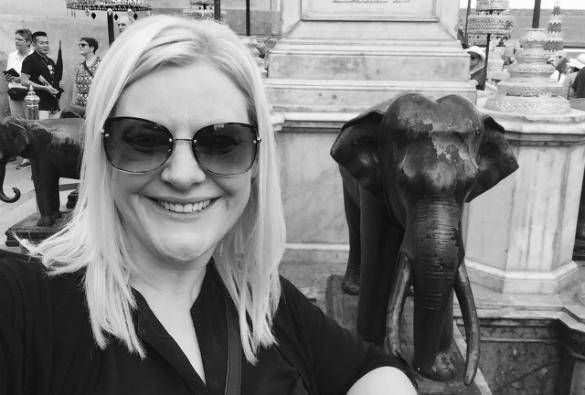 Kate Jones, Institute Manager at the Institute of Integrative Biology, on her visit to Thailand to mark a landmark in a rewarding partnership.

“The Faculty of Health and Life Sciences has a really special relationship with Mahidol University, one of the top rated Universities in Thailand. Going there for a symposium earlier this year was an opportunity not to be missed.

The two Universities signed an agreement in January 2010, focused on building collaborative research. This was followed by the introduction of a number of PhD scholarships, which honour the late Professor Stang Mongkolsuk and Professor Chamlong Harinasuta, who both studied at Liverpool before becoming the Founding Deans of the Faculty of Science and Tropical Medicine at Mahidol University.

The event, in March of this year, was organised to mark the first cohort of students successfully completing their PhD. Three have now graduated, of the 12 PhD students to take part in the scheme.  The unique aspect of this scheme is that after spending four years in Liverpool, students return to Thailand and are made faculty members of Mahidol University.  This allows academic supervisors to develop well established collaborations which outlive the PhD projects, which are ready to take advantage of funding available through the Global Challenges Research Fund and Newton.

Myself, Svetlana Antonyuk and Alistair Darby, also from the Institute of Integrative Biology, travelled to Mahidol, just south of Bangkok, with colleagues from other parts of the Faculty of Health and Life Sciences. 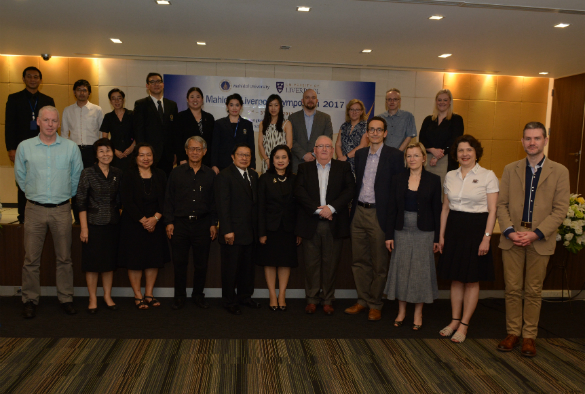 Over the two days, there were a wide range of multidisciplinary talks from our own academics and from Mahidol.  What was particularly interesting was a talk by Dr Kittipong Chaisiri, who having completed his PhD at Liverpool has now returned to Mahidol, taking up a faculty position in the Faculty of Tropical Medicine in Thailand. It just shows what a mutually beneficial programme it is. The students who have joined us from Mahidol have always been such high calibre and it’s such a wonderful opportunity for them and us. Since 2012, twelve high quality peer reviewed publications have been produced with participation of the PhD students on the scheme.

One real highlight for me was the opportunity to visit The Wellcome Trust’s Mahidol-Oxford Research Unit (MORU) programme which was set up between Mahidol and Oxford University, to hear about the work they’ve been doing.  Having worked closely with the Malawi-Liverpool Wellcome Trust in a previous role, I was particularly interested to compare the two Wellcome major overseas programmes.

Before heading home Svetlana and I did get a brief opportunity to explore the surrounding area.  It was fascinating to learn how the country will remain in mourning for a whole year following the death of the King in October 2016.  At the time of his death, he was the world’s longest-serving head of state. A particular highlight for me was visiting the Grand Palace and local temples, and a giant reclining Budha which is so massive I couldn’t fit in a single photo.

I hope the partnership with Mahidol continues to go from strength to strength and that we can continue to welcome more students to the University of Liverpool in the near future.”

More information about Mahidol University is available in this short film. For details on the partnership and specifically the PhD Scholarship programme with Mahidol, contact Svetlana Antonyuk.