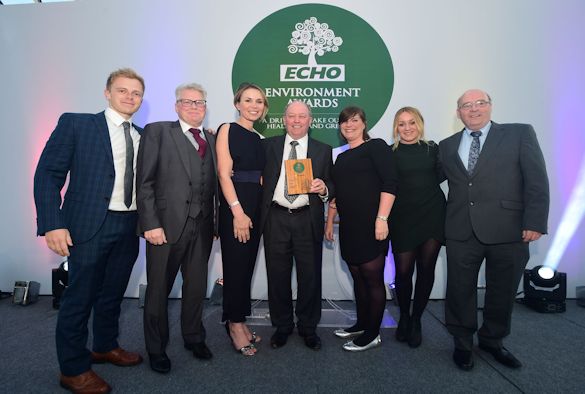 The University has been crowned `Low Carbon Champion’ at the Liverpool Echo Environment Awards.

The University’s entry highlighted the success of its strategy to reduce carbon emissions as a result of its Energy Centre with a Combined Heat and Power (CHP) plant and through a range of energy saving measures which together have led to significant carbon savings.

The University’s CHP plant generates almost 90% of the Liverpool campus electricity needs and the waste heat is used to provide hot water services and heating to campus buildings . This energy efficient plant reduces the University CO2 emissions by almost nearly 20,000 tonnes per year.

In addition to the CHP, the University has invested in low carbon technologies with several Solar PV sites on campus and at Ness Gardens.

Peter Birch, from FRCS, said: “We were delighted to win this award which recognises the commitment by the University to reduce carbon consumption.  The University is keen share its success in responding to the need for carbon emissions reduction with local organisations and other Higher Education institutions and is happy to host tours of the Energy Centre to interested parties.