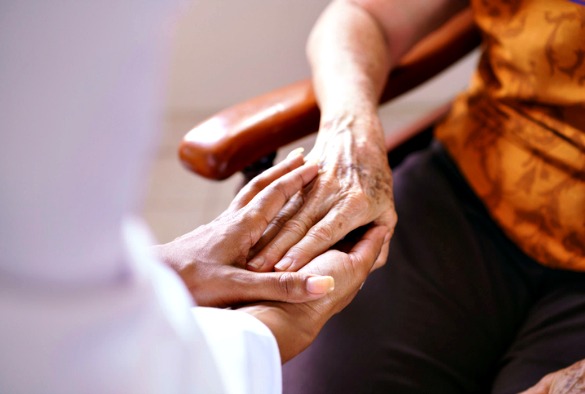 The research, conducted by the University of Liverpool, University College London (UCL), University of Gdansk and INSERM Centre for Research in Epidemiology and Population Health, shows the number of people aged over 65 years needing care could reach 2.8 million by 2025 in England and Wales – an increase of 25% from 2015 (equivalent to an additional 560000 people) over a decade.

The burden of disability will grow as a result of the rising number of people living into old age, rather than an increase in ill-health.

The study, which was funded by the British Heart Foundation, illustrates the huge challenges looming over the health system as the population continues to age. The authors warn that if the shortage of caregivers and the poor state of social care is not addressed now, the impact on people with lower incomes unable to live independently will increase. Currently, 40% of the national cost of long-term care is paid by the savings and incomes of affected individuals and their families.

The study modelled future trends in disability and life expectancy in England and Wales between 2015-2025 by estimating future rates of cardiovascular disease, dementia and other diseases and the functional disability they may cause (difficulty with one or more activities of daily living, such getting out of bed, bathing, dressing or eating).

Lead author Dr Maria Guzman-Castillo from the University’s Institute of Psychology, Health and Society, said: “The societal, economic, and public health implications of our predictions are substantial. In particular, our findings draw attention to the scale of societal costs associated with disability in the coming decade.”

“Spending on long-term care will need to increase considerably by 2025, which has serious implications for a cash strapped and overburdened National Health Service and an under-resourced social care system. More cost-effective health and social care provision will be needed, such as increased availability of institutional care, and better financial support – such as tax allowances or cash benefits – for family members providing informal and home care.”

Lead researcher of the study Professor Eric Brunner, UCL, says: “Our new forecasting model uses real-life evidence to assess the future impact of the competing forces that give rise to loss of health and well-being in older people in our country. We find that ageing of the population in the next 10 years will cause an increase in burden of disability that we must not ignore.”

The results highlight the growing burden of disability that health and social services will face over the next decade. In addition to increased investment in health and social care, the authors encourage the implementation of effective disease prevention measures to counter poor diet, smoking, high alcohol consumption, high blood pressure, diabetes and being physically inactive which are shared risk factors for chronic diseases and associated disability.

Dr Guzman-Castillo, adds: “The rising burden of disability and population ageing emphasises the urgent need for policy development that includes effective prevention interventions. Sufficient and swift investment in these policies could lead to substantial cost-savings and help the ageing population live more healthily in the future.”

The study did not account for the severity of disability in their model, instead providing overall disability figures to help estimate demand for long-term care in the coming decade.

The full study, entitled ‘Forecasted trends in disability and life expectancy in England and Wales up to 2025: a modelling study’, can be found here.