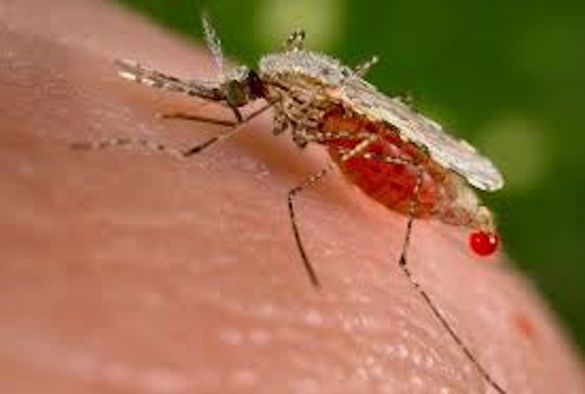 Researchers at the University, working in partnership with LSTM and other colleagues, have developed a molecule which has the potential to become the first fully synthetic, one-dose treatment for malaria.

In a paper published in the journal Nature Communications, the multinational team describe the molecule, known as E209, as meeting the key requirements of the Medicines for Malaria Venture drug candidate profiles. The molecule is effective against parasites expressing the key genetic marker for artemisinin resistance in in vitro studies

The control and elimination of malaria requires effective treatment strategies. For several years, this has been in the form of artemisinin-based combination strategies (ACTs), which has seen artemisinin based drugs combined with a drug partner with a longer half-life.

The semi-synthetic ACTs have had a significant impact on malaria treatment however, the search for a fully synthetic alternative has been on for over a decade. The growing problem of resistance to current ACTs can lead to complete treatment failure. This has led the group to look at alternatives to retain the effectiveness against parasites with the known genetic markers of resistance while at the same time being fast acting.

Lead author Professor Paul O’Neill, from the University’s Department of Chemistry, said: “E209 is a second-generation peroxide based drug, designed at Liverpool, with significant improvements over the gold standard antimalarial treatment artesunate.  E209 contains a unique core with two endoperoxide units; through medicinal chemistry optimization, the stability, potency and pharmacokinetics of this class has now been optimized. The development of E209 has been made possible by our close partnership with the Medicines for Malaria Venture (Geneva) with MMV’s Expert Scientific Advisory Committee, providing invaluable input to the project. “

LSTM’s Deputy Director, Professor Steve Ward, a senior author on the paper, said: “Extensive molecular investigations have demonstrated that mutations in the K13 gene are makers for artemisinin susceptibility and are linked to drug resistance in some malaria parasites. These mutations allow the parasite to survive exposure to the drug during the early stages of infection in the red blood cell. E209 is a breakthrough molecule, it is fully synthetic, retains the killing efficiency of the artemisinins, works against K13 mutant parasites and is slowly eliminated raising the hope that it could be used as a single dose cure.”

The extensive data set obtained for E209 was obtained through a global collaborative network of scientists around the world allowing this drug discovery project to be rapidly advanced.