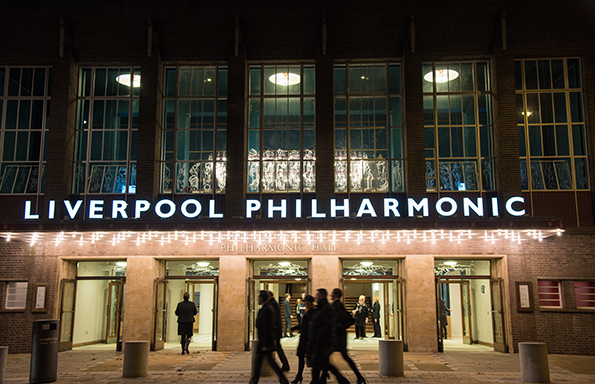 Two of the surviving Indian musicians from the original Sgt. Pepper recording will perform at a special Liverpool Philharmonic concert, after they were tracked down by Dr Mike Jones.

Within You Without You: The Story of The Beatles and Indian Music will feature performances exploring George Harrison’s discovery of Indian music and spiritual thought, and the profound effect it had on him and his fellow Beatles.

It introduces musicians that were part of a Beatles story that has never fully been told, aiming to recognise and acknowledge their contribution in helping to create the iconic Beatles album, Sgt. Pepper’s Lonely Hearts Club Band.

Those musicians are the late Anna Joshi and Amrit Gajjar (dilruba); and Sikh temple musician Buddhadev Kansara (tamboura) and Natwar Soni (tabla), the last two, surviving musicians who with their late colleagues, performed on George Harrison’s landmark composition, Within You, Without You on the Sgt. Pepper’s album.

Both Kansara and Soni, now in their 80s, will perform in this concert at Liverpool Philharmonic Hall, on June 9, alongside a hand-picked Liverpool-based rock band led by Thomas McConnell, together with an ensemble of outstanding Indian classical music exponents led by Jasdeep Singh Degun (sitar) with Kirpal Singh, Pirashanna Thevarajah and Gurdain Rayatt.

Together, they’ll perform Beatles’ classics including Within You, Without You, Help and Norwegian Wood along with other songs from the Revolver and Sgt. Pepper’s Lonely Hearts Club Band era.

With some surprises too, including an instrument played on Sgt. Pepper, rare images and new stories from the recording session, from George’s encounter with Indian music and with Ravi Shankar, this concert paints a whole new picture of the ‘quiet’ Beatle, the significance of Indian music to George and how his experience infused The Beatles with new ideas and fresh inspiration.

On researching the influence of Indian music on George Harrison and The Beatles, Dr Mike Jones from University of Liverpool’s Department of Music said: “My colleague and collaborator John Ball and I were approached by Utkarsha Joshi, son of the late Anna Joshi, who played dilruba for George Harrison on the Within You, Without You recording session for Sgt. Pepper at Abbey Road Studios in 1967.

“We discussed that the four Indian musicians who played on George Harrison’s track, including his father, have been regarded as ‘unknown musicians’ for 50 years.

“The musicians in the concert will explore the influence of Indian classical music on The Beatles and, remarkably, will be joined by two musicians, Buddhadev Kansara and Natwar Soni now both in their 80s, who were there 50 years ago today!

“It’s a one-off opportunity to recognise and celebrate their contribution to what is arguably the Beatles most famous album.”

Liverpool Philharmonic Presents George Harrison Within You Without You: The Story of The Beatles and Indian Music on Friday 9 June from 7.30pm. To find out more, please visit www.liverpoolphil.com/whats-on/george-harrison