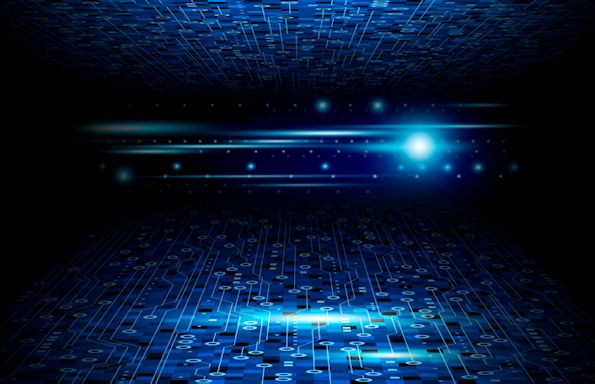 Researchers at the University of Liverpool have developed a computer-guided strategy that led to the discovery of two new materials in the laboratory.

In a paper published in Nature, researchers describe an algorithm that uses chemical understanding of the structures of known materials to suggest which new combinations of atoms will create a new material that is stable and can be synthesised. The researchers were then able to create two new materials in the laboratory by experimental synthesis guided by the computer calculations.

Discovering new materials has been a slow and intensive process as there are millions of possible combinations of molecules and atoms. Exactly which combinations of elements will form materials is controlled by the structure that the material adopts (the arrangement of the atoms in space), which in turn depends on which elements are involved, and how many of each type. The challenge is to find those combinations that are stable and potentially synthesisable from the millions that are created.

Liverpool Materials Chemist, Professor Matt Rosseinsky, said: “Understanding which atoms will combine to form new materials from the vast space of possible candidates is one of the grand scientific challenges, and solving it will open up exciting scientific opportunities that could lead to important properties.

“The key step in this research was the ability to generate large numbers of truly representative structures that could be used to assess which element combinations were stable, which greatly narrowed the space that had to be explored experimentally – like having a map with someone’s address, rather than knowing they live in London somewhere.“

“One of the main future challenges in materials discovery is combining the prediction of composition and structure with prediction of properties. Our colleagues in Liverpool, within the same EPSRC-funded project, have recently reported a key advance here, also in Nature.”

The development of new materials lies at the heart of many of the scientific, technological and industrial challenges today and in the future, for example creating advanced materials for energy generation and storage.

The paper ‘Accelerated discovery of two crystal structure types in a complex inorganic phase field’ is published in Nature (doi:10.1038/nature22374).

The research was supported by the Engineering and Physical Sciences Research Council.