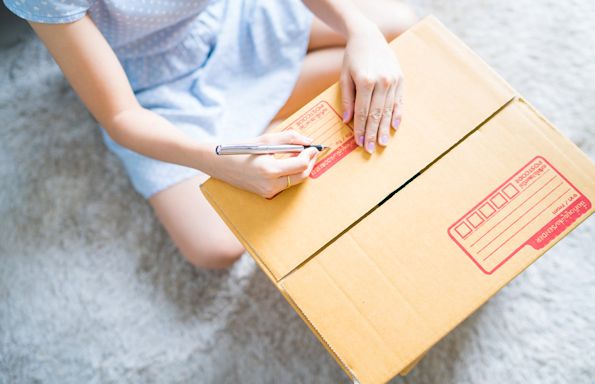 Dr Kathy Burrell is a Senior Lecturer in Social & Cultural Geography in the University’s School of Environmental Sciences:

Handbags. Hats. A sofa. These are just some of the things that migrants living in the UK send back home to their loved ones. And it’s not a one-way street. In return comes food, books, magazines and toiletries.

In my ongoing research I have interviewed Polish and Zimbabwean migrants in the UK about what they send back home, what they receive, and what they carry back and forth on visits. These things can offer a fascinating insight into the human experience of migration. A focus on the material objects – and how they’re sent – reveals a lot about the relationships people sustain after migration and how they navigate the new distance between them and their loved ones.

The people I spoke with were making lives and grounding themselves in the UK, but at the same time they were keeping in touch with family and friends elsewhere.

One man I interviewed from Zimbabwe told me how it was so important to send things back that he had clubbed together with friends, people he had met in his new home in the UK, to buy a container lorry. He didn’t just want to send back small parcels – he wanted to send his mum a sofa for her home. So, with the help of some friends who also wanted to send things home, a lorry was bought and a driver was found who could take it all the way to Zimbabwe, via land and sea.

Other people I interviewed from Zimbabwe were sending water butts full of clothes and other things such as handbags and bedding back via container ships. One woman took the more unusual and expensive step of using Western Union to send her sister some special hats to be worn for an important church service. She wanted them to get there as quickly as possible.

Many of the Polish people I interviewed were doing the same, but on a smaller scale. People were using small business courier services – a man in a van – to send items back and forth, showing care through giving things.

One woman told me about how she sends clothes bought in the UK to her sister, who has learning difficulties, to wear when she is at her school. These clothes make her sister feel good about herself, and give her confidence. Someone else told me how new traditions have been created in her family around the clothes and gifts she takes back: the suitcase is always excitedly opened in the kitchen immediately on arrival, even if this is in the early hours of the morning.

And this flow of things is not one-way. Most people were also bringing back or being sent homemade foods such as jams – things made or grown by family – as well as Polish language goods and brands not easily available in the UK. The photo here shows the contents of a suitcase coming back from Poland, full of Polish magazines and books.

As the person who received this suitcase put it: “Our auntie also gave us a movie – The King’s Speech in Polish, even though she knows we’ve seen it in the cinema here – but they will try to give you anything they’ve got, just give you a gift. I think they try to show how much they love us.”

I was struck by several things when listening to these stories of travelling objects. There is clearly an element of responsibility and perhaps obligation for some of this sending – remitting things rather than money. But it is more than this. I could see the care that was going in to all these activities, and how important they were for keeping and nurturing connections.

I could see that it was central to send something physical. Skype on its own was not enough sometimes, but sending things could do something more to bridge those distances. But I could also see the effort and expertise that was going in to all this sending. It isn’t exactly easy, or cheap, to send a sofa to Zimbabwe. These acts of care and love are reliant on certain transport and transportation links and the knowledge and skills needed to access and make the most of them.

It isn’t very straightforward to transport homegrown cranberries between Poland and the UK, as the photo, taken by a participant in my research, shows. These things have to be packaged very carefully in order to travel safely.

So while it may appear that we live in a liquid, rootless world, humans have an ability to anchor themselves – and others – as they go. While this can be hard work sometimes, it is actually quite normal to be connected to different places and people at the same time.

Looking at how these connections are nurtured and furnished highlights the humanity at the centre of migrant journeys, an insight we need now more than ever.

This article was first published for `The Conversation‘. It was written as part of the Citizens of Everywhere project, organised by the Centre for New and International Writing at the University of Liverpool. @CitizensofWhere #CitizensofEverywhere.