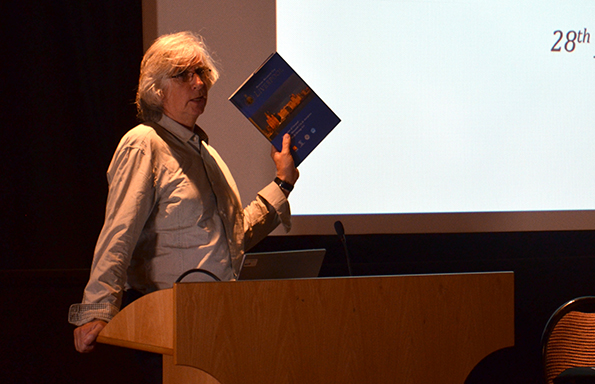 Speaking at a city symposium organised by the University of Liverpool’s Heseltine Institute, Liverpool City Council and National Museums Liverpool specifically to address UNESCO concerns, Phil Redmond said: “Trust us, we will look after the city, and even if you don’t trust us to look after it we will do it anyway.”

The event, chaired by the University’s Professor Ian Wray, was opened by Chief Executive of Historic England, Duncan Wilson, who highlighted the specific challenges facing a world heritage site located within a functioning city centre.

He said that, despite UNESCO concerns, the WHS was “undoubtedly in better condition now than in 2004”, when the designation was first granted and that, for many, Liverpool is seen as “an exemplar of urban heritage regeneration”.

It was a theme picked up by Professor Mike Robinson, Director of University of Birmingham’s Ironbridge Institute, who said: “Liverpool should not be on the [threatened] list. You can’t make comparisons with Palmyra, or sites in Iraq and Yemen.”

But Dr David Fleming, Director of National Museums Liverpool, said the city “never capitalised fully” on the designation, and that there is “an ambivalence towards the WHS, as though having the status threatens the city’s future economic development”.

Dr Fleming said: “Liverpool can’t just let a status other cities would love to have drift away. We need to find a way to ensure that doesn’t happen – it would be a disaster.”

The audience at Mersey Maritime Museum then heard from Harcourt Developments’ Paul Manning. Mr Manning described the firm’s approach to transforming a derelict building on Nelson Dock – part of the WHS – into the successful Titanic Hotel.

Phil Redmond told those assembled that many of the circumstances surrounding the WHS today replicate those in place at its genesis, as he highlighted the technological change, innovation and economic drivers of 21st and 19th century Liverpool.

He said: “We can’t stand still. The city needs to move and generate economic growth for its people, because that’s the real heritage – our people.”

Professor Lin Foxhall, Head of the University’s School of Histories, Languages and Cultures, added: “We will try and work with as many people as would like to work with us, to make sure we really make the most of Liverpool’s heritage, whatever happens.”